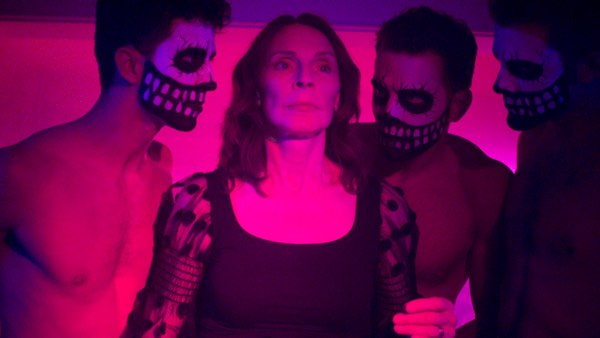 New band Onsen has just released two music videos that will give you distinctly ethereal yet sexy vibes.

Squarely within the indie/electronic world, Onsen’s videos for “Follow the Numbers” and “Over and Know” come from the band’s debut album, Earthquake Weather. Among other things, the album tackles coming out and breaking up with your first boyfriend.

Onsen lead singer Drew Straus told Towleroad that the album “chronicled a series of huge changes” in his life:

“That period included my first relationships with men as well as the inevitable heartbreak that came with those first loves. More broadly, the songs are reactions to leaving behind a safer existence in San Francisco with a stable office job and a straight relationship and moving to LA as a musician.  While I wouldn’t say I specifically set out to make a queer record (whatever that means) my experiences in the gay communities in SF and LA have inevitable and wonderfully informed my life experiences and my art.”

The videos for “Follow the Numbers” and “Over and Know” were created by gay directors Price Peterson and Brandon Andrew, respectively.

“Follow the Numbers” follows a woman as she travels through an absurd party replete with nostalgic scenes reminiscent of the 80s. There’s also a cameo from Charlie Carver and a handful of boys in skull make-up and tight-whities.

The video for “Over and Know” is a reflection on isolation and desire. It features world champion synchronized swimmer Bill May & Olympian Kanako Kitao doing a routine which Straus waits to be invited to join but never is. “It’s about being an outsider and the feeling that somehow everyone knows it,” said Straus.

You can listen to more songs from Earthquake Weather, here.