ELECTION 2016. New Trump campaign manager Kellyanne Conway says former campaign chair Paul Manafort was asked to resign: “He was asked and he indeed tended his resignation today. Mr. Trump accepted his resignation and wished him well and thanked him for his service. I think it’s as simple as that.”

HOBBY LOBBY. We knew this case would have consequences for the LGBT community: “U.S. District Court Judge Sean Cox held that the Supreme Court’s 2014 ruling on a suit brought by Hobby Lobby craft stores means the Detroit-based RG & GR Funeral Homes was legally protected when the firm fired Aimee Stephens, a transgender employee who wished to dress as a woman.”

EUROPE. Five Polish gay/lesbian couples take marriage case to European Court of Human Rights: “Krzysztof Łoś and Grzegorz Lepianka have been together for 13 years. ‘Having to explain why I want to get married with somebody that I love is itself an insult,’ Lepianka told Newsweek Polska. ‘What could be the reason after 13 years together, apart from the fact that I love him? We really love each other and we want the country to acknowledge it.'” 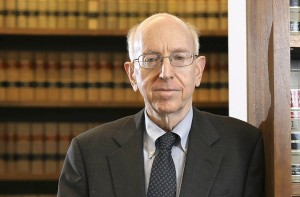 POSNER. 7th Circuit rules a bisexual Jamaican man seeking asylum in the US isn’t actually bisexual, your favorite appellate court judge Richard Posner goes off: “And how exactly does one prove that he (or she) is bisexual? Persuade all one’s male sex partners to testify, to write letters, etc.? No, because most Jamaican homosexuals are not going to go public with their homosexuality given the vicious Jamaican discrimination against lesbian, gay, bisexual, and transgender (“LGBT”) persons, which is undeniable.”