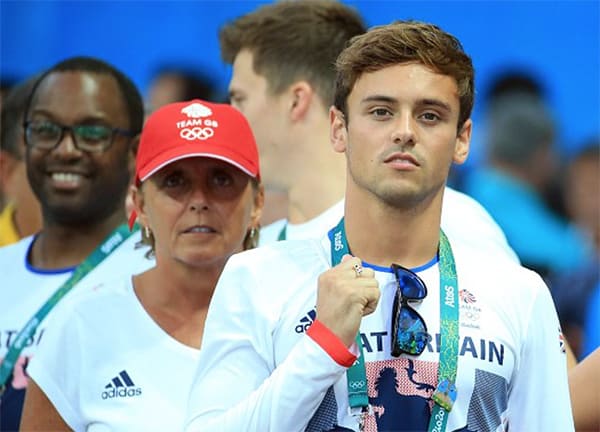 “There you go,” he said after the race. “I am the greatest.”

The world agrees. “It’s going to very hard to find another one like him,” soccer legend Pelé said about him.

His record means he has picked up a gold medal for every 36 seconds spent on the track, including the qualifying rounds, the BBC noted.

The greatest of all time? Where does #UsainBolt rate compared to Muhammad Ali and Pele? https://t.co/jmIF5gVK71 pic.twitter.com/PI64Zl5TId

Japan won silver and Canada the bronze, after Team USA got disqualified for what appeared to be an early handoff violation.The Americans appealed the decision and expect a final decision Saturday morning.

In the women’s 4X100m relay, Team USA won the gold, after the ‘dropping the baton’ drama that had happened the day before.

During the 4x100m heats on Thursday, the team of Tianna Bartoletta, Allyson Felix, English Gardner and Tori Bowie was disqualified. Felix dropped the baton as she handed it to Gardner, after a Brazilian runner touched her elbow and she was thrown off balance.

The Americans appealed, and were given another opportunity to run the race again, solo, a few hours later. They qualified for the finals, and last night ended up winning the gold medal.

“I’m extremely happy,” Bartoletta said after the race. “The journey to this point has been tumultuous. It’s special.”

"The Beast came out tonight." – English Gardner on the U.S.’s 4×100 win (by @ChrisChavezSI) https://t.co/kHpnDvGCIE pic.twitter.com/rGy6SZyI6r

Married couple Kate and Helen Richardson-Walsh became the first same-sex married couple to win a gold medal  together, playing for the same team, as Great Britain beat the Netherlands. It was also the first gold medal in women’s field hockey for Britain.

Favorites for the gold, the Netherlands failed to become the first nation to win three consecutive gold medals in the sport. The match finished 3-3 in normal time before Team GB won the penalty shootout 2-0.

“It’s really, really special,” team captain Kate said as she stood next to wife Helen. “To win an Olympic medal is special. To win an Olympic medal with your wife there next to you, taking a penalty in the pressure moments is so special, and we will cherish this for the rest of our lives,” reported the Associated Press.

#GBR captain Kate Richardson-Walsh: ‘To win an Olympic medal with your wife standing next to you is so special’ https://t.co/cxWKPNpYb8

Underdog Sweden, a surprise appearance at the soccer final after beating three-time gold medal winner Team USA and host Brazil, sealed its own fate when Linda Sembrant inexplicably lashed the ball into her own net.

“It’s a little bit of an empty feeling, but I said to the players afterwards we need to enjoy this silver medal,” Sweden coach Pia Sundhage said after the match. “I am very proud of the team. We were so close, but congratulations to Germany and to Silvia.”

Saturday, it’ll be all about the men’s team, as Germany faces off against Brazil.

Carolina Marin of Spain became the first non-Asian woman to win Olympic gold in badminton, beating India’s PV Sindhu 2-1. The No. 1 ranked player in the world adds the title to her 2014 and 2015 world championship golds.

Dilshod Nazarov of Tajikistan won gold in the Olympic men’s hammer title. It was the first gold medal for the Central Asian country since it gained its independence with the 1991 collapse of the Soviet Union. Ivan Tsikhan of Belarus took silver and Wojciech Nowicki of Poland won bronze.

Diver Tom Daley of Great Britain finished the qualifiers for the men’s 10m platform with the highest score.