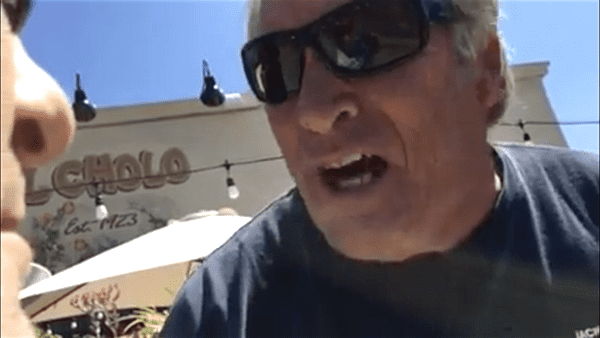 An Orange County, California man who went on a homophobic road rage-fueled rant against a bicyclist is publicly apologizing for his remarks after a video of his rant racked up thousands of views online.

The video was recorded by the bicyclist who found himself in a confrontation with the driver, Ryan Lewis, after Lewis apparently failed to shared the rode.

In the video Lewis asks the bicyclist, “What are you gonna do? Put it on tape? Surfer against a queer, huh? Is that what you’re gonna do, tough guy? You’re not so tough, are you, small guy?”

Lewis went on, “You’re a tiny little man, you think you’re a big shot. I oughta smack you so f*cking good. If there wasn’t any witnesses, you know what I’d do to you? I’d pull Trump on ya.”

Are we still talking about the bicyclist or do we need to page this guy’s therapist?

When the bicyclist asked Lewis what his name was, Lewis responded, “My name is your worst enemy, motherf*cker. I’m your huckleberry, buddy.”

When it was pointed out that Lewis is legally required to share the road with bicyclists, he said, “I don’t give a f*ck.” He then flipped off the man’s camera. 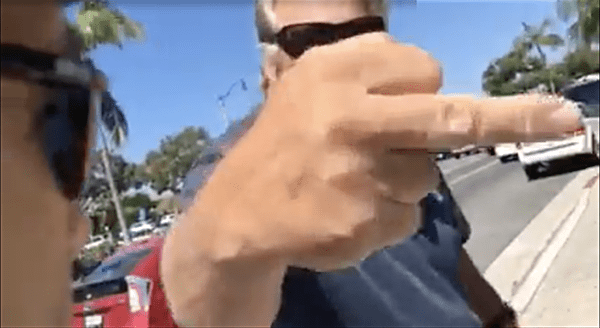 Lewis then went on the CBS local evening news to apologize for his behavior.

By Thursday afternoon, Lewis was on the local CBS station apologizing for his behavior.

“I’m just an old surfer, knucklehead, and I do apologize for using the words that I used,” Lewis said on the broadcast.

“I screwed up,” Lewis repeated.

Watch the original video (work-unfriendly for language) and a CBS News report, below.