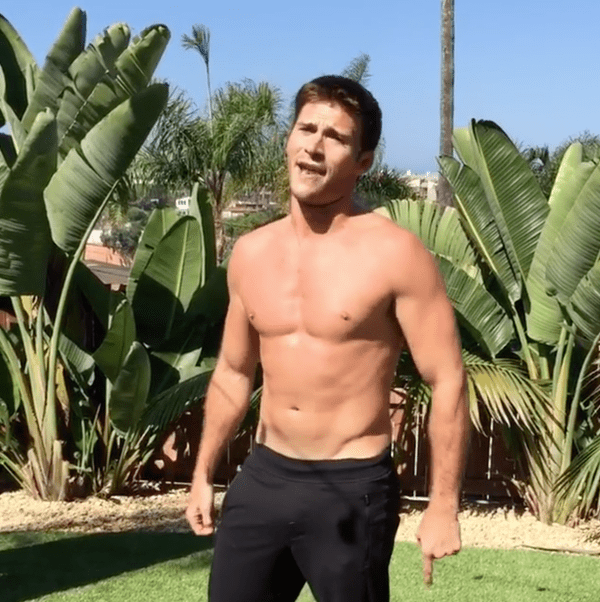 Actor Scott Eastwood shows off his famous physique in a new video posted on Instagram where he takes on ‘the 22 pushup challenge.’

Similar to the ALS ice bucket challenge, the 22 pushup challenge is intended to raise awareness about military veterans suffering from mental health challenges. It is named for the 22 veterans who commit suicide every day.

Wrote Eastwood on Instagram, “Thanks @prattprattpratt and @therock for calling people out this morning. the #22pushupchallenge is to raise awareness for our veterans that are suffering out there. We must never forget about those who fight and die for this country. If you are suffering call 1-800-273-8255.”

Eastwood was following in the footsteps of Chris Pratt and Dwayne Johnson who earlier posted videos of themselves doing the pushup challenge.

Other celebrities that have taken the challenge are Chris Evans and John Krasinski.

A recurring theme among these videos seems to be the presence of dogs who want to play rather than watch their master do pushups.