CLIP OF THE DAY.

POLLS. Clinton leads Trump by 14-point margin in Virginia:  “Clinton leads Trump by a 14-point margin — 52 percent to 38 percent — among registered voters in the state and by an eight-point margin among likely voters, 51 percent to 43 percent. Clinton’s edge dips to seven points among likely voters when third-party candidates are included. Aside from the rural southwestern part of the state, Clinton’s lead spans all regions, most by a wide margin.”

2016 ELECTION. Even Obama is sick of talking about Trump. “Frankly, I’m tired of talking about her opponent,” Obama told fat cat Democratic donors at a fundraiser for Hillary Clinton on Martha’s Vineyard. “I don’t have to make the case against her opponent because every time he talks he makes the case against his own candidacy….There’s still a lot of uncertainty out there. And if we are not running scared until the day after the election, we are going to be making a grave mistake.”

CLIMATE CHANGE. July 2016 was the hottest month in recorded history. “NASA calculated that July 2016 was 1.51 degrees Fahrenheit (0.84 degrees Celsius) warmer than the 1950-1980 global average. That’s clearly hotter than the previous hotter months, about 0.18 degrees warmer than the previous record of July 2011 and July 2015, which were so close they were said to be in a tie for the hottest month on record, said NASA chief climate scientist Gavin Schmidt.”

WNBA. Gay players wonder when a male player is going to come out. 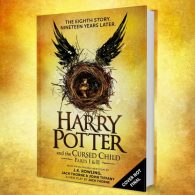 CURSED CHILD. JK Rowling and queerbaiting: “In the case of Harry Potter and the Possible Example of Queerbaiting, the accusation stems from the play’s portrayal of male friendship. Albus and Scorpius become very close friends from the beginning of their first year at Hogwarts. Both shy and shunned and neither much like their famous fathers, their friendship becomes critical. Albus and Scorpius make a fuss out of hugging (“We said we wouldn’t do that!”) in a manner resembling the common trope “Hot Gay Hugging”: a hilarious title for the less-than-funny absence of casual intimacy allowed between homosexual characters. Hetero couples get to kiss, the gays are limited to a (hot gay) hug. And Albus and Scorpius do go for it, with all the awkwardness you’d expect from two English lads.”

CANCELED. The Nightly Show with Larry Wilmore is done: “My only regret is that we won’t be around to cover this truly insane election season. Although on the plus side — I must say — our show going off the air has to only mean one thing: racism is solved!” 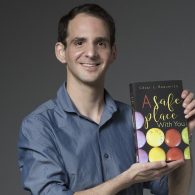 CESAR BAQUERIZO. Novelist fights gay conversion therapy in Ecuador: “Baquerizo’s novel is set in the early 1990s, when homosexuality was still criminalized and hundreds of clinics operated in the country. It relates the journey of two young men from Guayaquil, Tomás and Sebastián, as they progress through one such clinic named “Grow and Live Normally.” The horrors they experience—including electroshock therapy, physical aversion therapy, forced medication, and more—may have seemed so extreme to readers that they could have dismissed them out of hand as fiction, a shameful lesson from Ecuador’s deep past.”

FLORIDA. Transgender inmate hangs self in jail cell. “A transgender Florida inmate who filed a hand-written lawsuit claiming that being forced to use her male birth name was ‘cruel and unusual punishment’ hanged herself in her jail cell, her family said. Florida corrections officials said Justin Lee Naber’s Aug. 6 death inside Florida City’s Dade Correctional Institution is under investigation.”

LUNCHMEAT. Here’s what happens when flies land on your food:

TOO HOT FOR TUESDAY. US Olympic gymnast Danell Leyva.