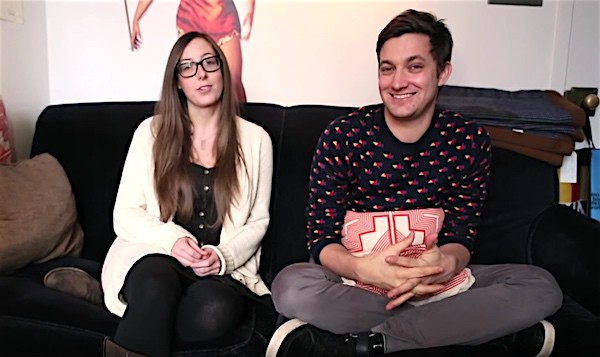 Kelly is gay and Schneider is the show’s first female lead writer since 2008.

This promotion is a super smart move for SNL considering Schneider and Kelly are responsible for some of the show’s most beloved sketches since they joined the show in 2011 like “The Beygency,” “Back Home Ballers,” the Emmy-nominated“(Do It On My) Twin Bed,” “Bern Your Enthusiasm,” and “Bar Talk” with Hillary Clinton, and Kelly’s critically acclaimed directorial debut Other People (starringSNL alum Molly Shannon) is set to debut in theaters next month. Judging by their consistent string of hit sketches over the years, it’s safe to say we can count on Schneider and Kelly to do a fantastic job guiding the show’s writers in the coming months.

Vanity Fair celebrated the promotion, calling it a sign that SNL is getting away from “toxic bro humor.”

While it may be a coincidence that Rudnitsky and Killam were both shown the door this year, there seems little danger of gay caricatures continuing during the Kelly/Schneider era. Kelly, an out gay man, gave a recent interview to The Gay Times about the well-rounded gay characters in his Sundance film Other People:

I never set out to be like, “I’m going to write a real, three dimensional gay character!,” I just AM gay, so it’s what I write and what feels real to me. Also, I think there’s no mystery to writing gay characters. You can just write them! Anyone can! You don’t have to be like, “Well wait, if I make him gay, then that sets off a whole series of changes. Now he has to work in fashion and be really sarcastic.” No. Just write a gay character. There’s all sorts of them! And they eat food and hang out with friends and their mothers die just like all the best straight characters. And yes, I would 100% like to see more gay characters in movies and on TV shows.

S.N.L. doesn’t exactly provide the same platform as a Sundance film to present nuanced gay characters, but it seems unlikely, based on this interview, that Kelly would approve any sketch with a flagrant gay stereotype.