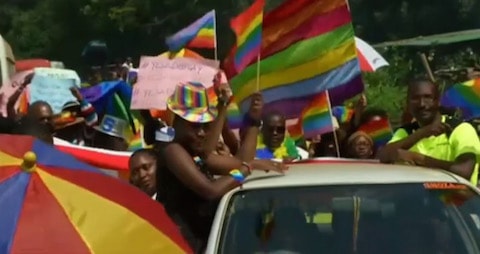 A pride parade celebration scheduled to take place this weekend in Uganda has been cancelled after a government minister threatened to organize a mob to beat up anyone who participated in the parade. 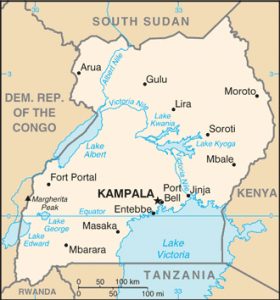 This comes just a day after police raided a pre-pride event and arrested several leading activists in the Ugandan LGBT community.

Saturday’s parade was scheduled to be held in a private space in Munyonyo, outside of Kampala, the country’s capital. But police raided the Mr. and Miss Pride pageant on Thursday night at the Venom nightclub and detained several of Uganda’s most visible LGBT activists for several hours.

On Friday, lawyer Nick Opiyo of Chapter 4 Uganda met with Ethics Minister Simon Lokodo to discuss the raid. Following the meeting, Opiyo told BuzzFeed News that Lokodo had threatened to bring opposition to the event to the streets, so organizers decided it should be canceled.

“We decided to suspend it because of the risks to personal safety. The minister threatened to mobilize a mob and a large police group to beat up anyone who shows up for pride tomorrow. We will engage the government next week with a view of holding the pride parade at another date soon.”

The actions of the Ugandan government are reportedly in violation of agreements it has made with both the US and the UK, which state that Uganda must allow pride parades to take place without government intervention.