THAT FRIEND. President Obama tries to get Bill Clinton to hurry up and board Air Force 1 after attending funeral for Shimon Peres.

"Bill!" Who can keep a President waiting? Why, another President of course @BarackObama @billclinton @POTUS https://t.co/rPlvoI87xQ 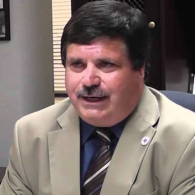 NORTH CAROLINA. Central Intercollegiate Athletic Association (CIAA) pulls 8 out of 10 sports championships from the state over HB 2: “The CIAA’s transition, beginning with the relocation of eight championships, is the first step in demonstrating that the conference does not support laws which prevent communities from effectively protecting student-athletes and fans,” the conference said. “The Board will continue its discussion on hosting future championships in North Carolina and whether the tournament will remain after 2017.” 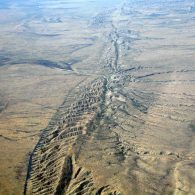 EARTHQUAKES. Is Southern California going to be hit with the big one sometime soon? “A series of quakes under the Salton Sea may be a signal that the San Andreas Fault is on the verge of buckling. For the next few days, the risk of a major earthquake along the fault is as high as 1 in 100. Which, holy crap.”

ALABAMA. The Moores are upset over today’s ruling.

Roy: “”This was a politically motivated effort by radical homosexual and transgender groups to remove me as Chief Justice of the Supreme Court because of outspoken opposition to their immoral agenda. This opinion violates not only the legal standards of evidence but also the rule of law which states that no judge can be removed from office except by unanimous vote.” 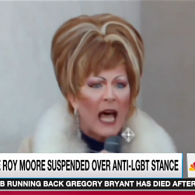 Wife Kayla, referring to drag queen Ambrosia Starling: “This small unelected group of people, mostly Democrats, have overturned an election of the people of Alabama. All these efforts are being led by a guy who dresses up like a woman and prances around on the stage. The good people of Alabama have had their votes taken away from them once again.”

THE BIRTH OF A NATION. Director and star Nate Parker refuses to apologize over rape case: “I was falsely accused. … I went to court. … I was vindicated. I feel terrible that this woman isn’t here …. Her family had to deal with that, but as I sit here, an apology is – no.” 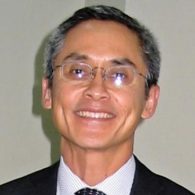 UNITED NATIONS. Human Rights Council appoints Vitit Muntarbhorn, from Thailand, as UN’s first Independent Expert on the “protection against violence and discrimination based on sexual orientation and gender identity (SOGI)”: “Muntarbhorn is a household name with LGBTI activists in Thailand, though is not an activist himself. He participated in the drafting of the Yogyakarta Principles and was a panelist at the launch of the Principles in Geneva in 2007. He engages with National Human Rights Institutes in the Asia-Pacific region on broad human rights issues, including the rights of LGBTI communities. Muntarbhorn acted as a Technical Advisory Group member of the joint United Nations Development Programme, US Agency for International Affairs, and Swedish International Development Agency’s, ‘Being LGBTI in Asia’ initiative.” 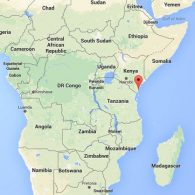 AFRICA. US Hate group World Congress of Families spreads anti-LGBT message in Kenya: “It advances an agenda to roll back women’s rights, as well as deny people of diverse sexual orientations and gender identities their basic human rights. Whereas understanding, tolerance and generosity have been the values of the African tradition, groups like WFC export hate and propaganda to our countries, disguised in flowery and seemingly harmless language like ‘Family Values’.”

ENDORSEMENTS, PT 1. USA Today takes sides in the presidential election for the first time in history, slams Trump as “unfit”: “This year, the choice isn’t between two capable major party nominees who happen to have significant ideological differences. This year, one of the candidates — Republican nominee Donald Trump — is, by unanimous consensus of the Editorial Board, unfit for the presidency.”

PT. 2. San Diego Union-Tribune endorses Hillary, first Democratic endorsement for president in paper’s 148 year history: Based on what Trump has said, we could see an administration that’s friendlier to ruthless Russia — which is waging a cyberwar against America — than to such democracies and historic partners as Great Britain, Germany, Canada, Japan and Australia.”