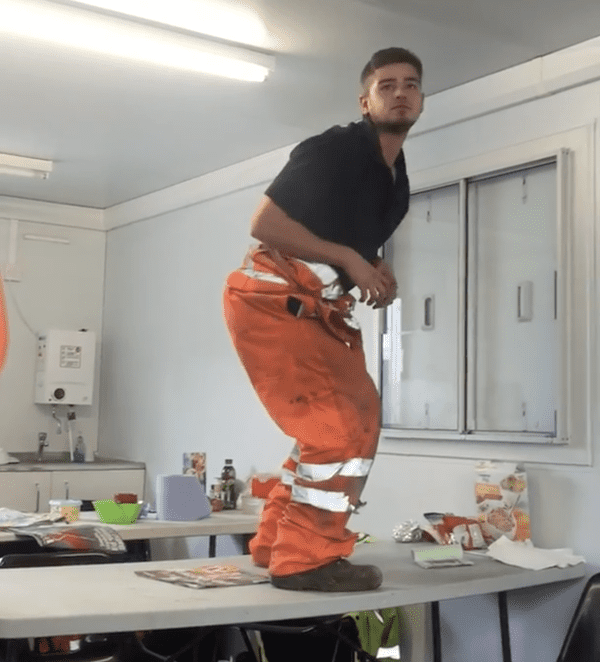 A handsome scaffolder from the UK has put the internet in stitches after his co-workers captured video of his spot-on dinosaur impressions.

The young man, named Jack Lewis as Mashable notes, does impressions of a T-Rex and a velociraptor as seen in Steven Spielberg’s Jurassic Park. The end result leaves his co-workers gasping for breath.