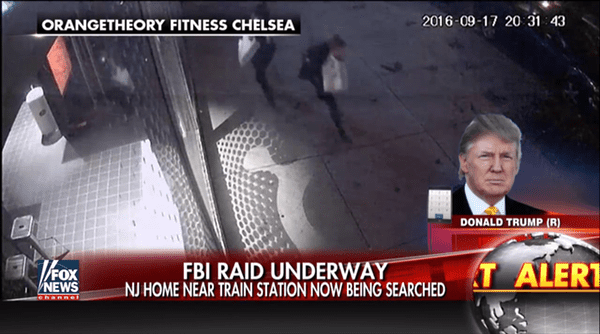 Donald Trump appeared on Fox and Friends on Monday to proclaim that he knew all along an event like Saturday night’s Chelsea bombing would happen. Which is why he says he supports such draconian, anti-immigrant policies. “I knew this was going to happen,” the Republican nominee said.

During his remarks, Trump also suggested that he plans to amend his current policy on immigration to effectively ban all immigration. “We can’t let any more people come into this country,” Trump said. “You have to stop them from coming into the country.”

Trump then attempted to opponent paint Hillary Clinton as dangerous to America’s national security, saying “she wants to allow hundreds of thousands–she wants more to come in.”