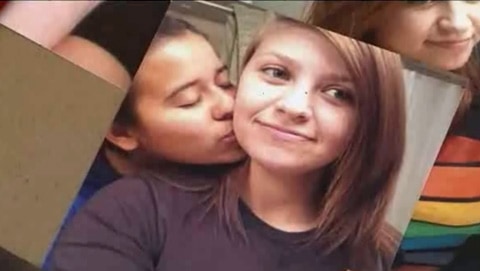 A jury trial began Monday for the man charged with murder and sexual assault in a brutal attack on a teenage lesbian couple in a South Texas park in 2012.

The horrific shooting of 19-year-old Mollie Olgin and 18-year-old Kristene Chapa, which many suspected to be an anti-gay hate crime, made national news and led to LGBT vigils around the country. 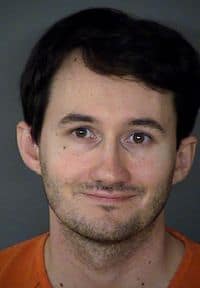 David Malcolm Strickland (right) was arrested two years later and accused of sexually assaulting Olgin and Chapa before shooting them in the head at a park in Portland, Texas, near Corpus Christi. Olgin died but Chapa somehow survived and has undergone a painstaking recovery that allowed her to begin college last year.

Prosecutors aren’t treating the case as a hate crime, but they are concerned about possible anti-gay bias among jurors as Strickland’s trial begins in small San Patricio County.

“You may have people on the jury who are against same-sex relationships and not tell the lawyers during jury selection. That also could have a huge affect on the trial,” First Assistant District Attorney Carlos Valdez told KRIS-TV.

More from The Corpus Christi Caller-Times:

Prosecutors and defense lawyers have said they anticipate the trial lasting 2-3 weeks. …

Strickland and his wife were arrested in their Helotes apartment in 2014. Charges were later dropped against Strickland’s wife, Laura, who was accused of tampering with evidence. Portland police said she wrote a letter addressed to Chapa’s father detailing the assaults and shooting written from the perspective of a hit man.

Prosecutors have said the letter contained information that had not been released to the public.

Watch a four-year timeline of the case from KIII-TV below.

Previous Post: « Texas ‘Ex-Gay’ Therapy Billboards to Come Down Following Pressure From Locals: VIDEO
Next Post: Donald Trump on Chelsea Bombing: ‘I Knew This Was Going to Happen’ – WATCH »