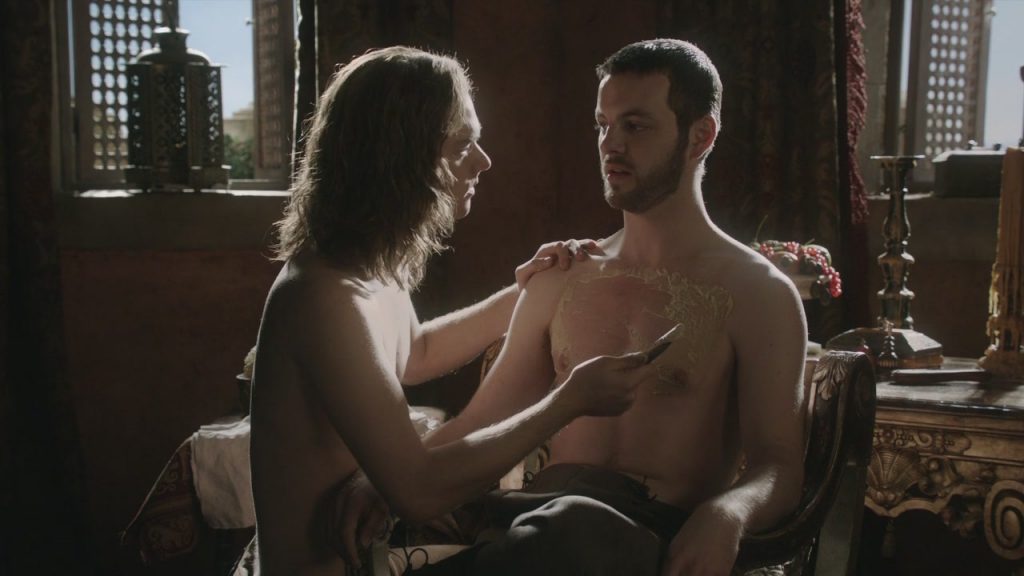 Actor Gethin Anthony (above right) is speaking out about playing one of the only openly gay characters on the popular HBO series Game of Thrones.

As Renly Baratheon, Anthony played lover to Loras Tyrell (Finn Jones) and would-be king of Westeros vying for the Iron Throne. While Renly met an untimely end in the second season of Game of Thrones, his relationship with Loras was notable because of the way it portrayed a gay couple in a world that is unfriendly to gay people.

In an interview with Attitude, Anthony says, “Westeros is a very scary world, with all the politics and violence going on, so it was nice to play an affectionate gay couple within that world.”

Anthony adds that he and Finn Jones were very intent on depicting the relationship lovingly. “We were very passionate about it being a positive thing. I still hold on to that and I’m still very proud of it,” he explains.

As for the impact the on-screen couple had on real life gay couples, Anthony says,

“I got some lovely letters. One that sticks out was from a gentleman who was about to propose, or has perhaps just proposed, to his partner.He said some really nice things about seeing a gay relationship on television. Whenever people connect to things you’re involved with or a story you’re telling, it’s a lovely thing.”

Watch a scene featuring Anthony as Renly, below.