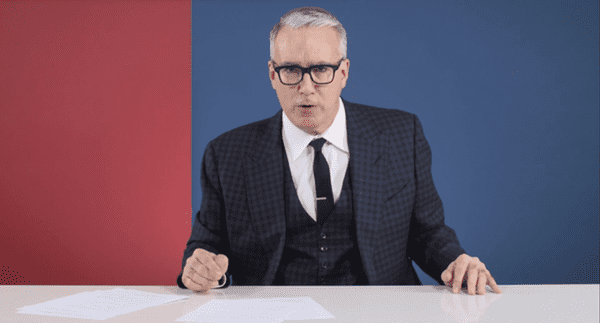 In his latest episode of his web series The Closer, seasoned newsman Keith Olbermann delves into Donald Trump’s ties to Russia and Russian president Vladimir Putin.

But more specifically, Olbermann has questions about a man working for Trump by the name of Carter Page. Page “reportedly met with the Russian guy spying on our election in Moscow”, which raises even more questions for Olbermann–huuuge questions–about Trump’s campaign:

“You have to explain this buccaneer now, Trump, because if you don’t, if you don’t explain the continuing embrace you have of a murderous regime of a malevolent country like Russia, you will face far bigger questions than just, ‘who is Carter Page?’ Those questions are simply these: Trump, do you believe our elections are sacrosanct and must not under any circumstances be influenced by any other government? Trump, do you already have a deal in place to reward a country that may have already hacked the political party of your opponent in this election? Trump, are you loyal to the concept of democracy? Trump, are you loyal to the United States of America?”