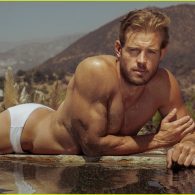 ON THE STUMP. Michelle Obama warns millennials against casting “protest votes”: “Elections aren’t just about who votes, but who doesn’t vote. And that’s especially true, for young people like all of you. Each of you could swing an entire precinct, just by getting yourselves, your family, your classmates out to vote – that’s all you have to do.” 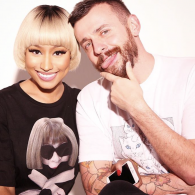 RIP. Suicide of gay celebrity photographer Matt Irwin who photographed One Direction, Kyle Minogue, and Rita Ora attributed to intentional overdose of drug GHB after breakup with boyfriend: “Friends said he had become depressed after breaking up with his boyfriend, who went back to a previous partner. An ‘open letter to the world’ was found on his laptop. Mr Irwin started taking photographs after being given a camera by a friend when he was 15. Among the stars who paid tribute to him following his death in May was Ora, 25, who shared a picture of them online and wrote: ‘Matthew Irwin, you were always smiling, I’m so lucky to have known you, and shooting so many fun things together.'”for Trump’s businesses.

THE FAMILY TRUMP. Donald’s children are reportedly unhappy with the new management of his campaign, led by Steve Bannon and Kellyanne Conway; say they’re bad for business.

90s REDUX. Republicans tell Trump to keep Monica Lewinsky out of it: “GOP senators who’ve finally grown more comfortable with Trump warned in interviews Wednesday that descending into Bill Clinton’s sexual past is dangerous territory for the GOP nominee, who has his own less-than-pristine history when it comes to his commitment to the sanctity of marriage.” 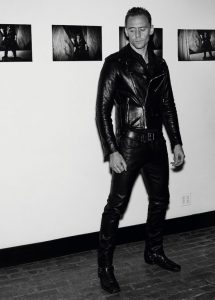 BROOKLYN. Manager at upscale restaurant sued for sexually harassing male employees, allegedly firing them after they complained: “Vossen allegedly made come-on comments to Schenk including, ‘I bet you could fit all kinds of things in that mouth” and ‘I could do all kinds of things to you,’ according to the suit.”

POLLS. Overwhelming majority of voters say Hillary Clinton won the first debate. NBC News/SurveyMonkey: “Though voters agreed Clinton was the clear victor, a majority of voters overall said their opinions of either candidate did not change as a result of the debate.  Clinton, however, seemed to boost her image among her own party as a result of her performance — 50 percent of Democrats and Democratic-leaners said their opinion of her changed for the better as a result of Monday night’s debate.”

SOUTH CAROLINA. 3 injured in shooting at elementary school: “A teenager in South Carolina killed his father at home, then went to a nearby elementary school and shot two boys and a female teacher with a handgun on Wednesday, according to local authorities. The teenager, whose name was not immediately released, was taken into custody around 2 p.m. at Townville Elementary School in Anderson County, about 108 miles northeast of Atlanta.”

Watch this video on The Scene.

SHE’S WITH HER. Sia vouches for Hillary’s stamina.