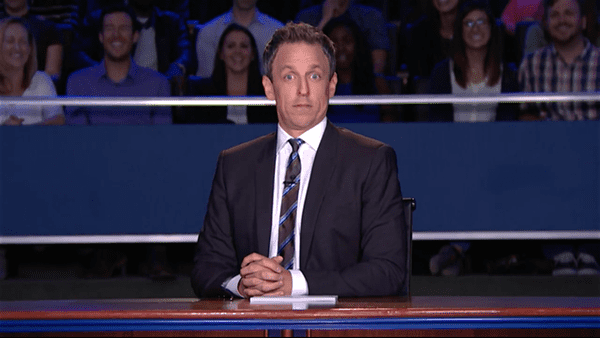 You may have missed it, but last night Seth Meyers moderated the second presidential debate between Hillary Clinton and Donald Trump. And the candidates were surprisingly blunt and honest.

Among the topics Meyers covered: the economic fallout from Bill Clinton stopping eating fast food, what the first 100 days of a Trump administration would be like, how Trump gets his face that color, what Hillary thinks of Trump’s hairstyle, the possibility of lifelike humanoid robots living among us, the resurrection of Steve Jobs, and of course, the current state of Donald Trump’s penis.