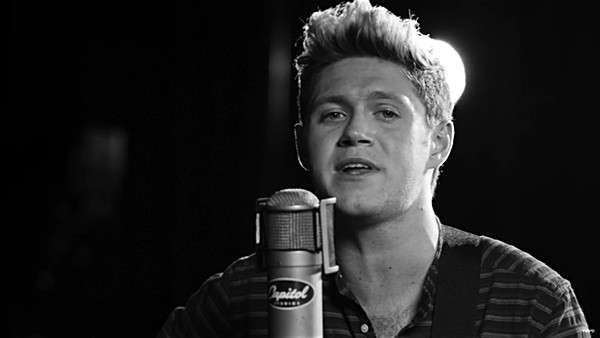 Niall Horan became the first current member of One Direction to branch out on his own musically, releasing the solo track “This Town” in a video on Thursday morning.

Several members of One Direction are rumored to be working on solo projects. Former bandmate Zayn Malik launched a solo career earlier this year after leaving One Direction.

RELATED: Harry Styles Asks Niall Horan if He Can Sit on His Face

Niall is taking his singing and songwriting in a completely different acoustic direction. The no frills, Ed Sheeran-esque “This Town” was recorded with one microphone in one take.

Greg Kurstin, the super-producer behind Adele’s “Hello”, Sia’s “The Greatest” and “Cheap Thrills”, and dozens of other hits, produced the track.

Been workin in the studio, wanted to share this song I just wrote with u guys. thank you for always being there https://t.co/LVIUAXi5PW

Blown away by all your amazin comments ! You can listen to ‘This Town’ here https://t.co/KZhejlgp3a