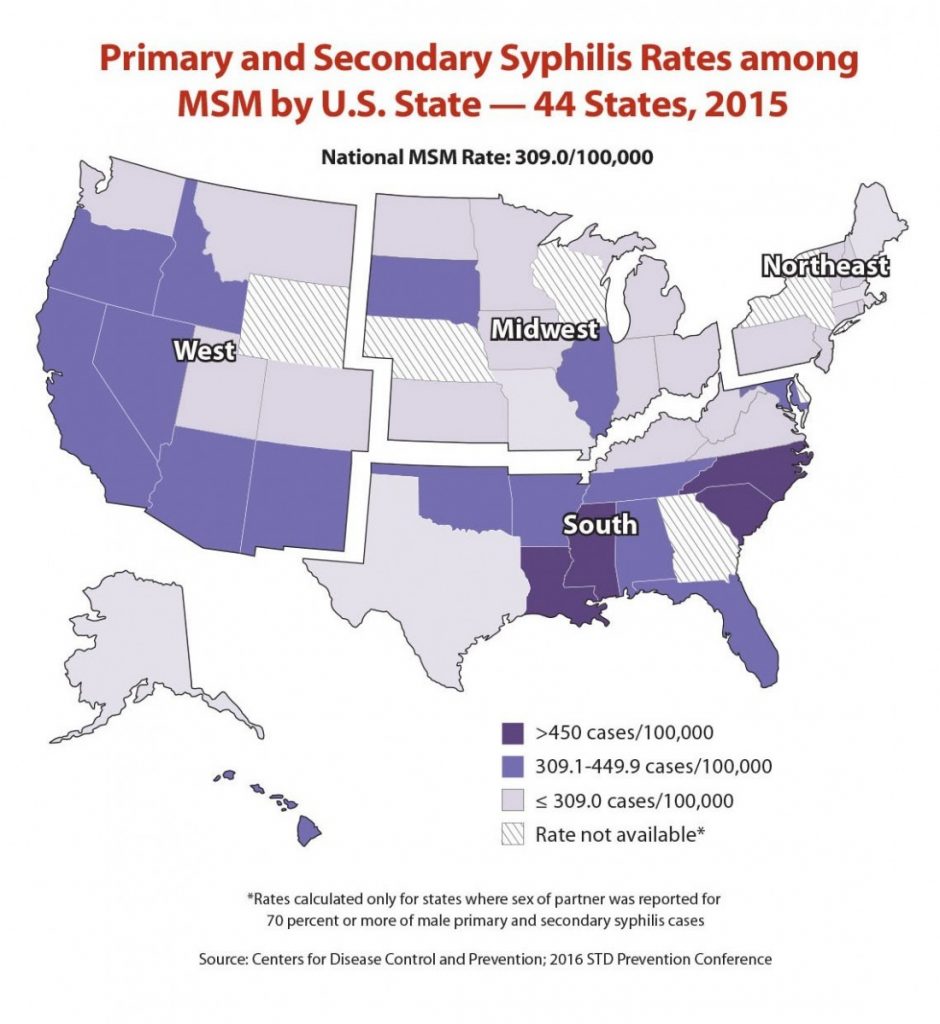 A new report from the Centers for Disease Control has found that syphilis infection is on the rise among gay and bisexual men in the United States.

The report found that between 2013 and 2014 there was a 15% rise in the contraction of syphilis among men who have sex with men (MSM).

North Carolina, Mississippi, Louisiana, and South Carolina had the highest syphilis rates among MSM for that year. Previously, the CDC has not broken down syphilis infection rates by state.

The actual burden is relatively small: Only about 20,000 people were diagnosed with syphilis in 2014 in the United States, compared with 800,000 people diagnosed with gonorrhea. But syphilis’ upward trend, which is driven by MSM, is troubling because of how it may gather steam. (Rates of gonorrhea and chlamydia are also rising.)

“CDC recommends that all sexually active gay and bisexual men—those who reported having sex with a man in the past 12 months—be tested at least annually,” says Cyprian Wejnert, PhD, an epidemiologist at the CDC. “Once diagnosed, syphilis can be treated and cured with complete antibiotic treatment. Untreated, it can lead to visual impairment, affect the brain and nervous system and cause stroke and dementia.”