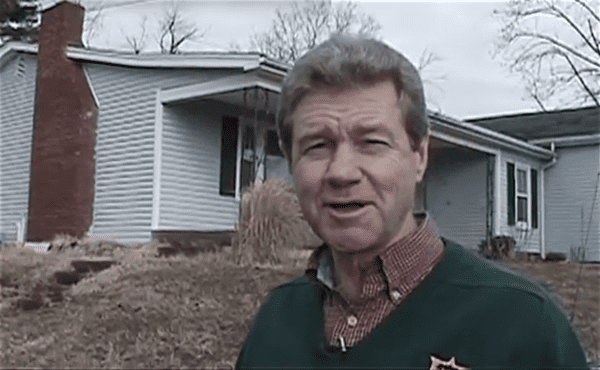 A Kentucky family court judge who frequently presides over gay adoptions says that since the Supreme Court legalized same-sex marriage, he doesn’t hug other men ‘the way he used to.’

Speaking in Wilmore, Kentucky before the Francis Asbury Society, a religious organization “wholly devoted to Christ and to assisting people move toward spiritual wholeness”, Fayette Circuit Court Judge Tim Philpot said the “biggest bugaboo with the whole thing” (the thing being marriage equality) is the impact it has had on relationships between straight men.

“I meet with men four or five times a week [to minister] and we hug; we love each other at a certain level,” he said. “I don’t hug the way I used to.”

He said that shortly after the Supreme Court’s marriage decision in June 2015, he was at a Starbucks “when it really hit me like a ton of bricks. There was a man there, probably 45 years old. He had his arm around a young man who was about 20, and I would say there was a 90 percent chance it was just a father and son, but I had this moment when I thought – hmmm – I wonder what’s going on. They’re getting a little too close. They are making me uncomfortable.”

Philpot said that he loves homosexuals but same-sex relationships are “sterile” and just for “entertainment.”

He also complained that gay people had “stolen” the rainbow as a symbol from Christians:

“I’m gonna put one on the back of my car because I’m not going to let them steal it. I’m gonna take it back. I’m gonna drive around town with my rainbow and my 8-pound shorky (a Shih Tzu and a Yorkshire terrier mix) and let them think what they want.”

Philpot went on to call the effect of the Supreme Court’s same-sex marriage decision, which he has called “pretty close to insane” and a harbinger of legal polygamy, tantamount to child abuse because it means children now have to decide whether they are gay or straight:

Philpot is also on record saying that same-sex unions are “really very illogical … kind of like a dog show I was watching a few years ago where the announcer said that was a magnificent Chihuahua. Those words don’t make sense to me.”