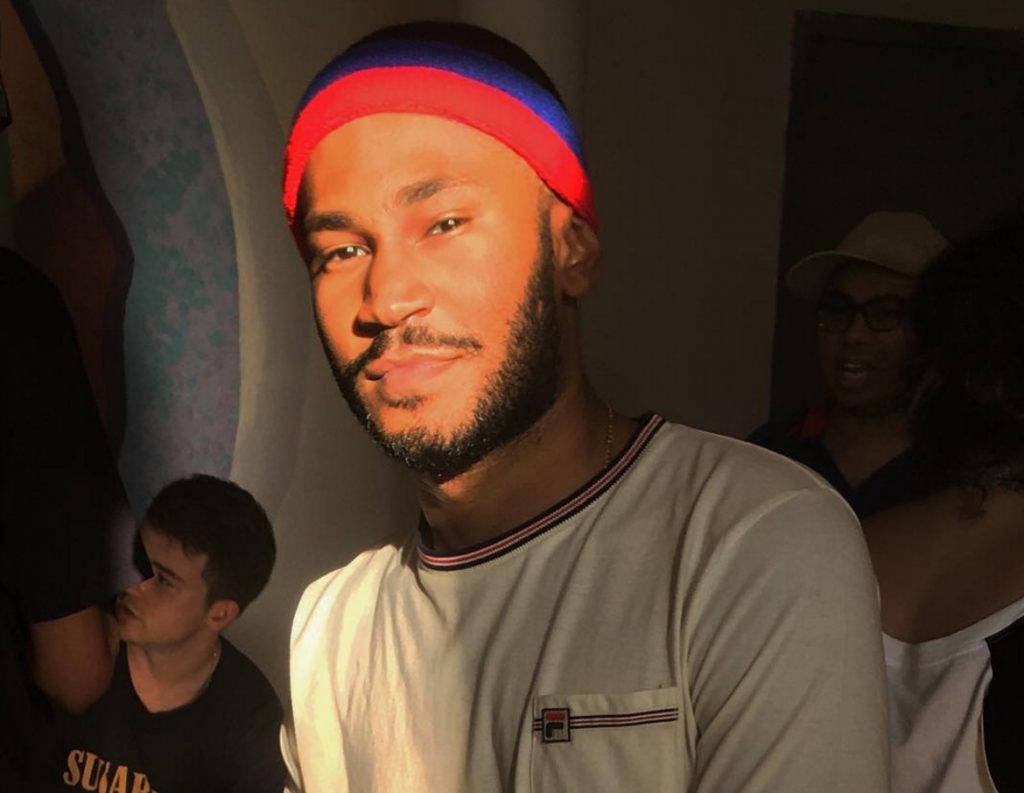 Kaytranada, the 24-year-old Haitian-Canadian electronic musician, producer and DJ who came out as gay in April and this week won Canada’s biggest music award, The Polaris Prize, has released a super-chill mixtape on Soundcloud.

The mixtape, titled .0001%, a play on his album 99.9% which won the Polaris Prize honoring the year’s best album by a Canadian artist, is 90 uninterrupted minutes of chill goodness.

Lacking track breaks or names and an accompanying description of “?????????” not much is known about the project—but a quick listen to the loose, free-wheeling tape reveals plenty of surprises including Anderson .Paak vocals (at 1:04:50) and a remix of Usher‘s “U Don’t Have To Call.”

Kaytranada, aka Louis Kevin Celestin,  came out as gay in an interview with THE FADER in April, telling the publication how he came out to his family in 2015:

One day, he got in a fight with his mom and his brother about “stupid shit,” and he ran down to the basement. “I knew what was wrong,” he says. “I knew why I was pissed off out of nowhere.” His older sister, who also lives at home, came down to console him. She found him in tears and started to cry, too. It was then that he told her a truth about himself, the root cause of his turmoil: he was gay. “I just snapped,” he says. “Something inside me was like, ‘Wake the fuck up.’ I felt like there were two people inside me. I was trying to be somebody I was not, and I was frustrated that people didn’t know who I was.”

His sister offered to help him find a psychologist, but he declined. Instead, he focused on coming out to his mom and his brother. In truth, he had sort of already told them. At the age of 16, in a fit of self-assertion, he had admitted to both of them that he was bisexual, but had quickly retreated and never spoke about it again. “It was too many emotions at the same time,” Louis-Philippe remembers. “I was like, ‘Oh that’s good,’ and at the same time, I was like, ‘Oh what does mom think?’ We’re Haitians, and Haitians don’t appreciate gay people at all. I thought maybe it was a phase.” And on the outside it may have looked like one: not long after, Kay ended up involved in a long-term relationship with a woman that ended only last year. Finally, in early winter, he told his brother and mother definitively that he was gay. Though his mother, a Catholic, did bring up Bible verses that condemn homosexuality, Kay says both were supportive and told him that they’d always love him no matter what. “I feel better than I ever have, you know?” he says. “I’ve been sad my whole life, but fuck that. I know I have good things ahead. I don’t know honestly if I’m fully, 100 percent happy, but I’m starting to get there.”

Read the full interview with Kayandra at FADER, and listen to a couple of the tracks and remixes that put him on the map, below: