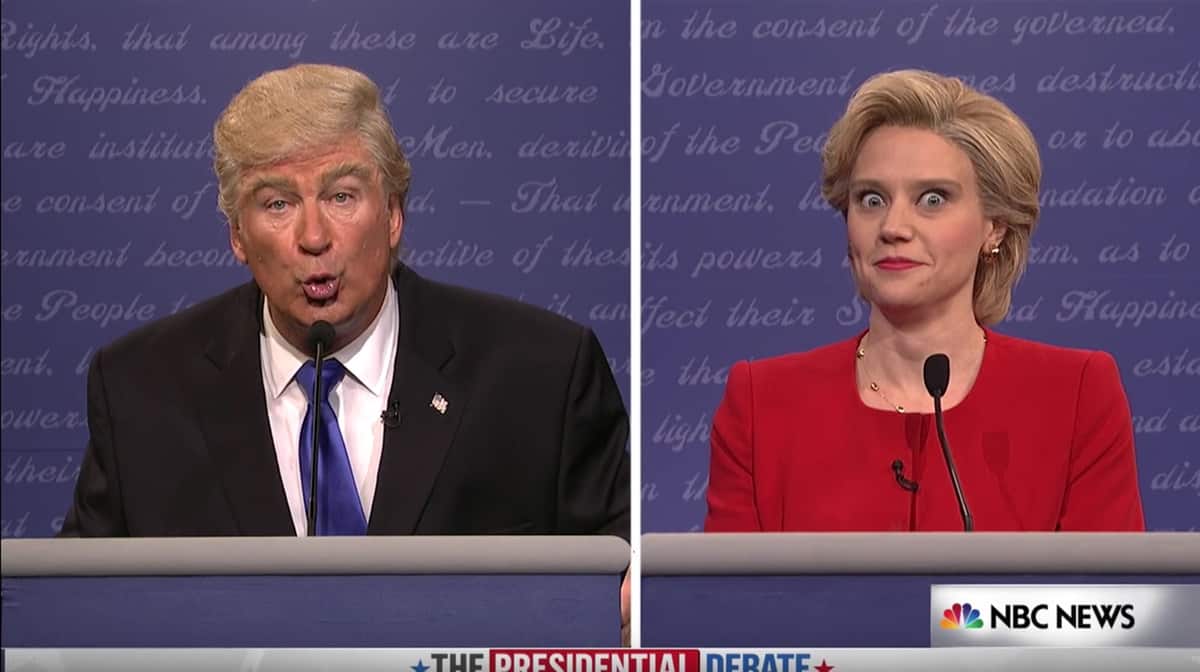 “I was going to say something very rough to Hillary tonight but I said to myself ‘I can’t do it I just can’t do it.’ But if I had said it it would have been a nuclear bomb. Because in the ’90s our president was a man named Bill Clinton…And in 1998 – get this – he had an affair. It’s true. My investigators are looking into it right now. It was a woman, named Monica. Very heavy. I don’t have her last name yet but when I get it I’m going to set my alarm for 3:20 am and go sit on my golden toilet bowl and tweet about it to completion.”