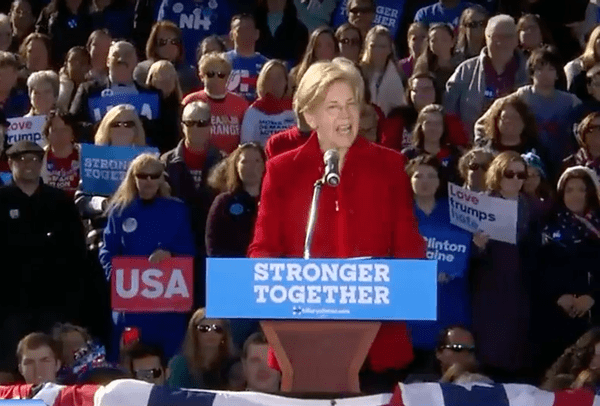 Said Warren, “I’ve got news for you Donald Trump, women have had it with guys like you. And ‘nasty women’ have really had it with you.”

Warren blasted Trump, making reference to ‘P—y’-gate and the multiple women who have come forth accusing him of sexual misconduct. Said Warren,

Elizabeth Warren to Trump: "We nasty women are going to march our nasty feet to cast our nasty votes to get you out of our lives forever!” pic.twitter.com/epCA13EZfo

You can watch Warren’s full remarks, below.