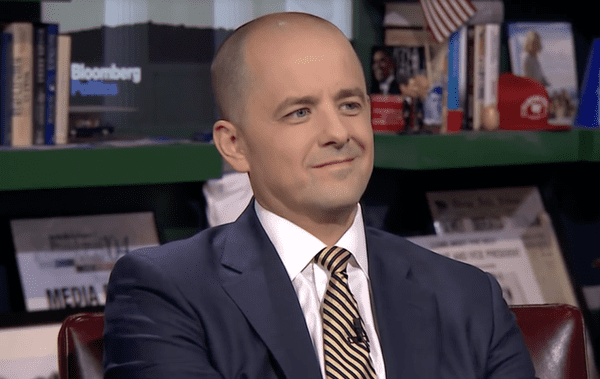 A California-based white nationalist named William Johnson is trying to rout Evan McMullin’s chances in Utah with a robo-call claiming McMullin may be gay.

As The Daily Beast points out, the call is no doubt in response to McMullin’s strong showing in the beehive state. With just days until the election, McMullin is within striking distance of Trump and could very will win the state.

McMullin announced he would run for president to give conservative voters an alternative to Trump. McMullin hails from Utah and is Mormon.

Says Johnson in his robocall which rolls out today,

“Hello, My name is William Johnson. I am a farmer and a white nationalist. I make this call against Evan McMullin and in support of Donald Trump. Evan McMullin is an open borders, amnesty supporter. Evan has two mommies. His mother is a lesbian, married to another woman. Evan is okay with that. Indeed Evan supports the Supreme Court ruling legalizing gay marriage. Evan is over 40 years old and is not married and doesn’t even have a girlfriend. I believe Evan is a closet homosexual. Don’t vote for Evan McMullin. Vote for Donald Trump. He will respect all women and be a president we can all be proud of.”

Johnson is well known at the Southern Poverty Law Center who writes of him,

“As early as 1985, Johnson proposed a constitutional amendment that would revoke the American citizenship of every nonwhite inhabitant of the United States. A quarter century later, in 2010, he was still actively supporting white nationalist causes, serving as chairman of the racist American Third Position political party (renamed American Freedom Party in 2013), established the prior year. The party wants to run racist candidates nationwide.”

McMullin fought back against Johnson’s attack, labeling it “desperate” and consistent with Trump’s “bigoted, deceitful campaign and vision for America.”

This attack is consistent with @realDonaldTrump's bigoted, deceitful campaign and vision for America. Utahns won't be fooled.

McMullin also called out GOP chair Reince Preibus, writing, “this is your nominee and your supporter. They’re defining you with white nationalism. Will you continue to embrace them?”

.@Reince @GOP, this is your nominee and your supporter. They're defining you with white nationalism. Will you continue to embrace them?

When asked what evidence he has for any of these claims, Johnson emailed The Daily Beast: “Wikipedia tells his story (about his mother). Also, if you Google him, it readily comes up. I said that ‘I think he is a closet homosexual.’ Calling someone a homosexual is no longer defamation. Also, he is a public figure. Word on the street is that he is gay.”

The white-nationalist leader added that “There are a lot of homosexual Mormons, some struggling to stay in the Church and some who are bitter.” He cited a Reddit thread full of unverified claims about McMullin’s alleged homosexuality.

In response to news of the ad, McMullin tweeted that this is “another desperate attack” by “Trump and his racist supporters” as his lead continues to diminish in Utah. “This attack is consistent with [Trump’s] bigoted, deceitful campaign and vision for America. Utahns won’t be fooled,” he later added.

Despite Johnson’s robocall, McMullin is on record as saying he believes marriage should be between a man and a woman.

Johnson told The Daily Beast that the robocalls will reach a minimum of 193,000 people who use residential landlines in Utah between today and Wednesday. The robocalls reportedly cost him $2,000.

Johnson also says he has donated close to the limit of $2,500 to Trump’s campaign.

For a look at how McMullin could win Utah, check out these two clips from MSNBC.