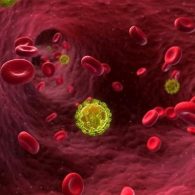 HIV/AIDS. Activists label British reports that scientists are nearing an HIV cure “erroneous.” The reports were based on one test patient who has seen the virus disappear from his body under drug suppression. Via Poz:

“According to aidsmap, the reports, which originated in The Sunday Times, concern one HIV-positive man who is participating in a study of a “kick-and-kill” strategy for reducing the size of the viral reservoir and possibly eradicating the virus entirely.

Such an HIV cure attempt involves using one means of flushing HIV from its hiding places in the viral reservoir and another technique for priming the immune system to kill off infected cells.

While The Sunday Times states that the British researchers are on the “brink of a cure,” their research is actually only in its early stages.” 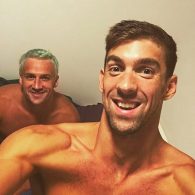 RIO HANGOVER. Ryan Lochte is upset that Michael Phelps wasn’t there for him after he falsely claimed he was robbed at gunpoint at the Olympics: “I was like, ‘Hey, can you please call me? Let me know, I need help.’ That never really happened.”

REAGANS. Conservative son of Ronald Reagan, says Nancy Reagan would be #WithHer, deplored comparisons between Trump and Reagan: “Michael Reagan, who had previously endorsed Donald Trump before rescinding his endorsement a year ago in October, took to Twitter Monday night, not only saying he’s embarrassed by Trump, but also by Trump’s supporters who applauded the GOP nominee when he said he thinks Hillary Clinton has been cheating on her husband.”

My father would not support this kind of campaign,if this is what the Republican Party wants leave us Reagans out.Nancy would vote for HRC https://t.co/jkjKBvlwHa 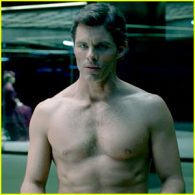 POST-FACTUAL DEMOCRACY. Those who believe in facts, expert opinions more likely to support same-sex marriage, believe in climate change: “The study showed that, regardless of how someone plans to vote in November, their stance on controversial issues like climate change, same-sex marriage and healthcare reform were all influenced by whether or not they take expert opinion and scientific evidence to heart.” 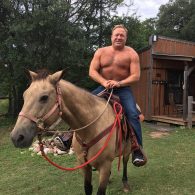 PULLING A PUTIN. Conspiracy theorist Alex Jones thought we wanted to see him shirtless on a horse: “The infamous InfoWars conspiracy theorist thought it would be a good idea to do his best Vladimir Putin impersonation this week by posting a photo of himself riding around on a horse without a shirt on.”

MASSACHUSETTS. Court rules unmarried gay woman has same parental rights over ex-girlfriend’s children as biological mother: “The Supreme Judicial Court issued its decision Tuesday in a complicated case about the parental rights of a once-partnered, but unmarried, gay couple. Julie Gallagher gave birth to the children, and her former partner, Karen Partanen, has helped raise them. They are now 4 and 8. After the couple split in 2013, Partanen wanted to be declared a full legal parent.” 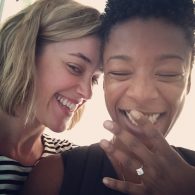 SHE SAID YES. Orange Is the New Black actor Samira Wiley is engaged to her girlfriend, OITNB writer Lauren Morelli.

SUPER BOWL. Taylor Swift give a special pre-bowl performance: “A custom 64,000-square-foot venue is being built just for the star, and fans will have a chance to get tickets throughout a variety of AT&T promotions and campaigns.”

Previous Post: « Singer-Songwriter Craig David: ‘I Find It Weird When People Get Very ‘No! I’m Not Gay”
Next Post: WATCH LIVE: The First and Only Vice-Presidential Debate Between Mike Pence and Tim Kaine »