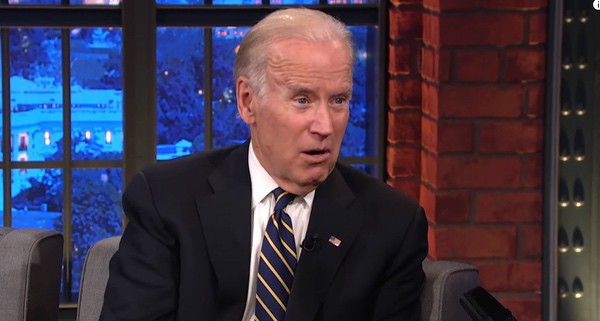 “What I found astounding is that he would so publicly…no matter who he was talking to…that he would acknowledge that he engaged in the textbook definition of sexual assault. He didn’t say ‘You know, I go up and I ask, [he said] I go up and I grab and I do this.’”

JUST IN: Donald Trump Greets Young Girl, Brags About ‘Dating Her in 10 Years’ in 1992 Video: WATCH

Biden then expresses his astonishment at Trump walking into a room full of undressed pageant contestants:

“This is absolutely outrageous behavior. I’ve spent most of my career trying to figure out how to begin to change the culture in this country so that we treat women with respect and with dignity…My dad used to say that the greatest sin of all is the abuse of power, and the cardinal sin of all is a man raising his hand or taking advantage of a woman. And here’s a guy who says… ‘I’m a billionaire, I’m a star, I’m a celebrity, so I can go in and intimidate women into allowing me to assault them and assume they’re not going to say anything.’ … I don’t understand how anyone can remotely justify that.”

Previous Post: « Donald Trump Greets Young Girl, Brags About ‘Dating Her in 10 Years’ in 1992 Video: WATCH
Next Post: What You Need to Know About the Criminal Case Against Sheriff Joe Arpaio »