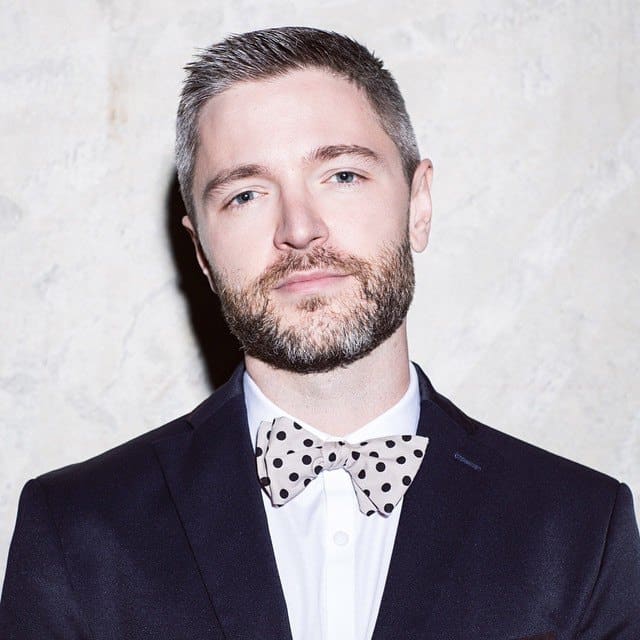 RuPaul’s Drag Race music producer and recurring judge Lucian Piane made waves on social media on Monday night when he denounced Hillary Clinton using many of the same talking points put out by the Trump campaign.

Piane, a former supporter of Bernie Sanders, says that while he doesn’t know who he is going to be voting for yet in the general election, he definitely will not be voting for Hillary Clinton.

“Y’all are so brainwashed to think that saying politically correct things makes a good president. I happen to think political correctness is mind control and oppression of the freedom of speech. I’d rather trust a loud-mouthed buffoon over some politically contrived and politically correct corporate servant. Sure, I disagree with at least half of what Trump says but at least he says it!”

Wrote Piane on Twitter, ” I will ABSOLUTELY NOT be voting for Hillary Clinton.”

Piane insists he is not necessarily voting for Trump, though he does support his message. His attacks were also near verbatim regurgitations of Trump’s many attacks on Clinton and her candidacy.

Piane repeatedly insisted that the election is about fighting corruption, something he sees Clinton as an emblem of.

Piane said that backlash to his attacks on Clinton were evidence of a “new liberal…Hillary-bot world” that censors free speech and has used ‘tribe narratives’ to erode humans’ ability to think critically.

He went on to argue that not supporting Clinton does not make him racist. However, he believes that those who support Clinton to be sexist.

Piane also said that “many gays have been brainwashed by the liberal media” into supporting Clinton. As for LGBT issues in the election, Piane said they should not be deciding factors in how people cast their votes because “people are dying.”

Piane also said he would love to know how Clinton would have prevented the Orlando massacre because President Obama wasn’t able to.

As for the vow Trump made to evangelicals to appoint Supreme Court justices that would overturn same-sex marriage, Piane says he’s “not concerned about that.”

As a refresher, Trump has presided over the most virulently homophobic Republican party platform in the GOP’s history. He has also claimed to be a friend of ‘the gays’ while courting favor of the anti-LGBT right. In other words, he is an ally in name only.

Excuse me? You called Trump trustworthy, praised his rhetoric, and basically called him a decent businessman. pic.twitter.com/C6jeBwHvIS

Lucian Piane's politics are as bad as his songwriting, which is really saying something.

.@RevoLucian if u trust him more than u trust her, you've been seduced by a snake oil salesman, and I feel sorry for your gullibility. https://t.co/e0Lth7Rw7z

Clean up on aisle 🙄. @RuPaul @michellevisage please address this mess on your podcast. https://t.co/Q7naxO6vag