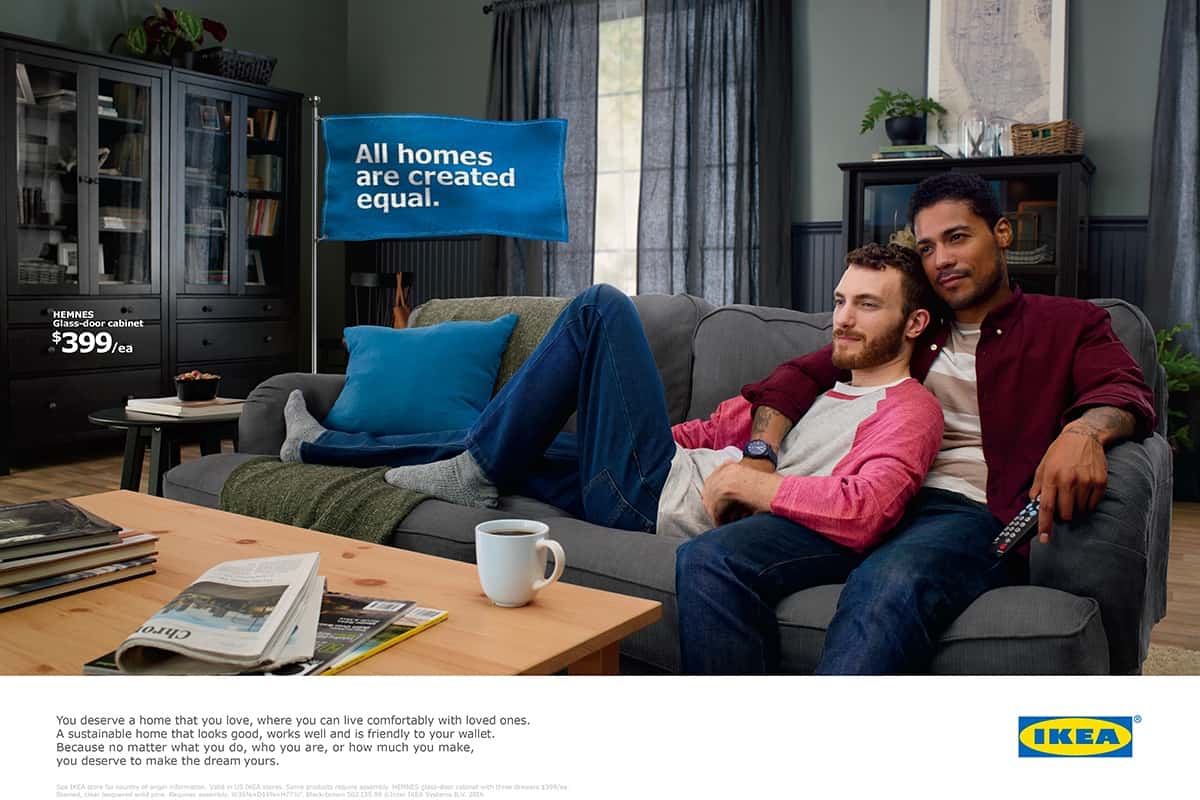 Furniture company IKEA features a gay interracial couple in its new campaign which recontextualizes the idea of “The American Dream” by showing that “people are living it every day in diverse ways.”

One of the print ads shows two gay men chilling out on a sofa in front of a flag that reads “All homes are created equal.” This is hardly the first time Ikea has put a gay couple in its advertising—it cast one as far back as 1994—but this time the image reads less like the spotlighting of one segment of the population and more like an image of a diverse population overall. (The couple’s not just gay but mixed race, too.)

“There are so many different ways that Americans live—multigenerational, gay parents, etc.—that define the real portrait of the America that’s really out there,” Stone said. “If we’d put across 20 different living situations, they’d all be equally powerful.”

The new creative is the opening salvo in a year’s worth of creative under the slogan “We Help You Make It,” all of it intended to teach consumers that, whatever their definition of the American dream might be, Ikea can help with it.