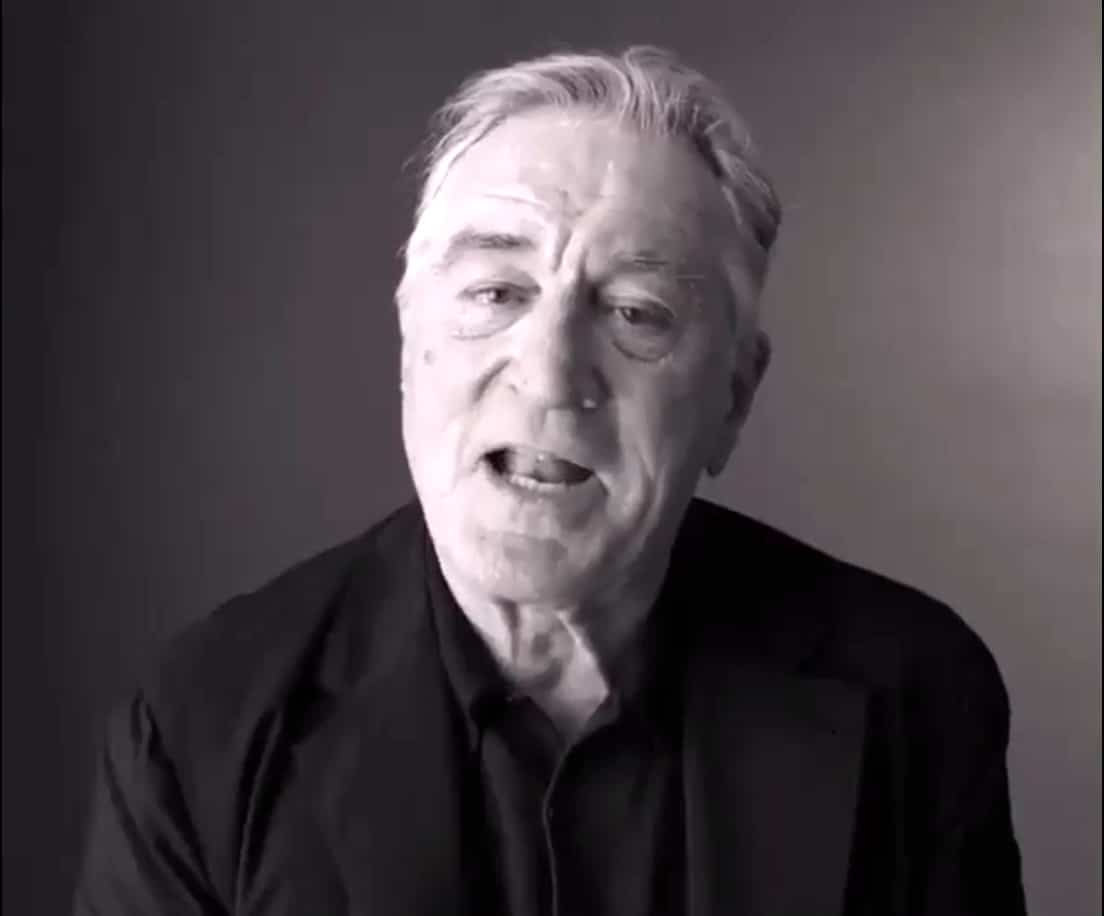 Robert De Niro delivers a scathing rebuke of Donald Trump in a video going viral on social media. The clip was put out by the #VoteYourFuture initiative on Friday.

Says De Niro in the clip

“I mean he is so blatantly stupid. He’s a punk, he’s a dog, he’s a pig. A con, a bullshit artist, a mutt who doesn’t know what he’s talking about. Doesn’t do his homework. Doesn’t care. Thinks he’s gaming society. Doesn’t pay his taxes. He’s an idiot.”

“Colin Powell said it best: he’s a national disaster. He’s an embarrassment to this country. It makes me so angry that this country has gotten to this point that this fool, this bozo, has wound up where he has.”

“This is somebody we want for president? I don’t think so. What I care about is the direction of this country, and what I’m very very worried about is that it might go the wrong direction with someone like Donald Trump. If you care about your future, vote for it.”