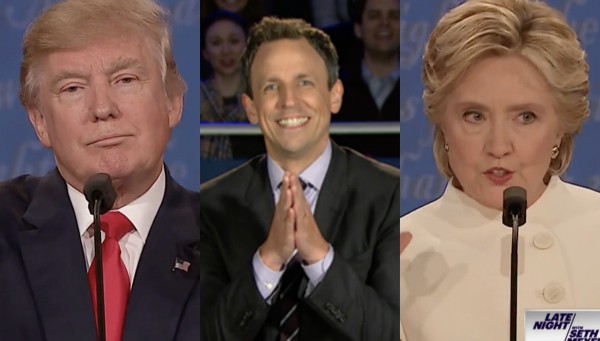 Seth Meyers surprised everyone with a special 4th presidential debate which he moderated last night.

The questions he asked covered topics such as Donald’s Trump’s wedding vows, Hillary’s plan for being spontaneous, where dust bunnies come from, why Donald showers in the dark, what Hillary will do to those that don’t vote for her, what Trump wants on his tombstone and, of course, the state of Donald Trump’s penis.