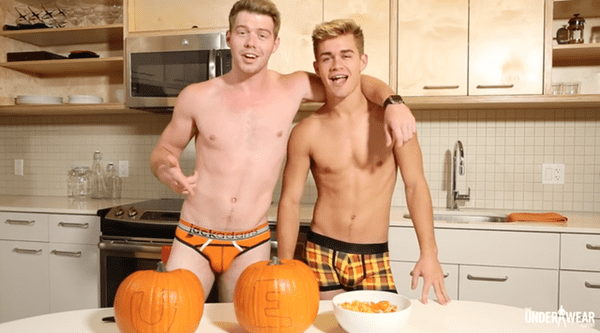 Underwear Expert host and YouTuber DanielXMiller was joined by Matt Crawford (aka DaddyCrawf) to have a pumpkin carving contest that was all about speed.

The boys stripped down to their skivvies to see who could carve their pumpkin the fastest.

Find out who wins, below.

Miller has hosted a number of The Underwear Expert’s vlogs about what type of underwear guys prefer, boxers or briefs?