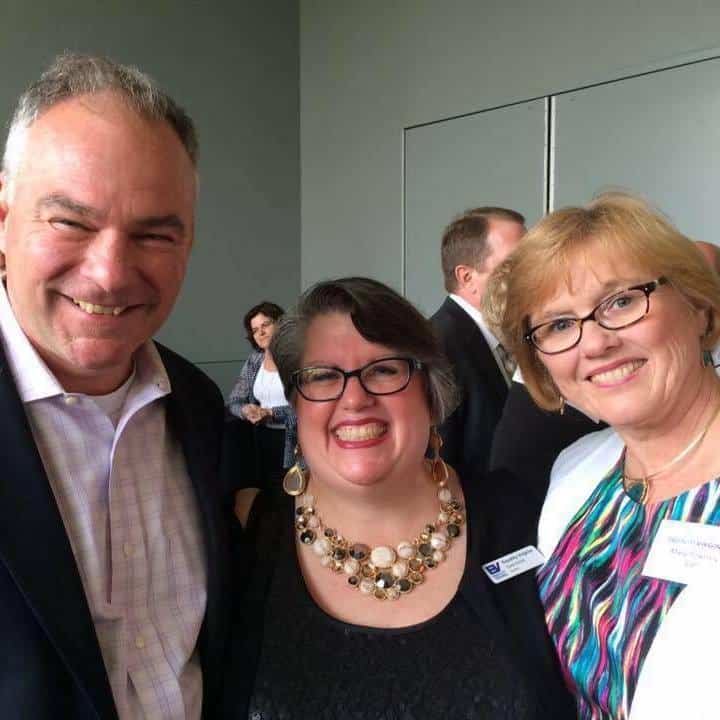 While Kaine did mention LGBT persecution in Russia during a discussion about Vladimir Putin, neither the moderator nor Kaine brought up Mike Pence’s disastrous record on LGBT rights.

Carol Schall and Mary Towny attended the debate with their daughter Emily and told The Advocate that there is “no doubt” about which ticket is better for LGBT citizens:

“To my mind, there’s no doubt which ticket is going to advance the rights and concerns of LGBT Americans, and that’s the Clinton-Kaine ticket,” said Schall in a phone interview. “Trump and Pence have promised to nominate and elect justices of the Supreme Court that would overturn Obergefell. They’ve promised to sign resolutions that would lead to a non-inclusive army that denies LGBT citizens the right to serve their country.”

Of the significance of being invited to the event, Schall said,

“It’s easy to demonize the other. It’s easy for Mike Pence to sign a bill, as he did with RFRA, when there are no LGBT citizens standing in front of him. He can turn us into an ugly green monster. With us sitting in the audience, he would have to look in our eye and say which rights he thought we do not deserve by virtue of who we are.”

“When you look bigotry in the eye and you’re not afraid to call it out for what it is, it fades very quickly.”