COUNTDOWN. Less than 4 years before we get to vote to replace Trump.

DISTRACTION. Chris Hemsworth runs around shirtless on the beach. And there’s a dog.

OVERSEAS REACTION. Sums it up.

What have they done? #DailyMirror #USElection2016 #DonaldTrump #PresidentTrump pic.twitter.com/DMmhdhY45S

SOME GOOD NEWS. We will have our first Latina U.S. Senator. 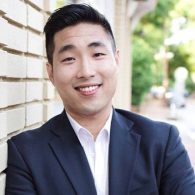 SAME. Miley Cyrus had an emotional breakdown after Donald Trump was elected president.

FACEBOOK. Michael Moore’s five-point-plan for Democrats after last night’s defeat goes viral: “3. Any Democratic member of Congress who didn’t wake up this morning ready to fight, resist and obstruct in the way Republicans did against President Obama every day for eight full years must step out of the way and let those of us who know the score lead the way in stopping the meanness and the madness that’s about to begin.” 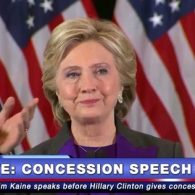 THE COLOR PURPLE. What Hillary and Bill’s outfits may have meant: “To me, despite her devastating defeat, the Clintons’ matching outfits looked like their first brave steps at bringing our sad, shattered country back together again. It doesn’t get any classier.”

TERRORISM. Islamic extremists celebrate Trump’s win: “Shortly after Trump was declared the victor, a number of prominent Salafist ideologues linked to jihadist outfits in the Middle East took to social media to cheer the prospect of a Trump presidency. The remarks signaled the militants’ apparent belief that the victory of a candidate like Trump, who has suggested potentially unconstitutional blocks on Muslim immigration and advocated torture, undermines the United States’ moral standing in the world.”