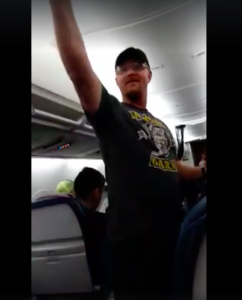 GET OFF MY PLANE. Donald Trump supporter who disrupted flight by calling on “Hillary b*tches” to identify themselves banned for life by Delta: “After questioning the customer, our team members made the best decision they could given the information they had and allowed him to remain on the flight,” Bastian said supportively of the crew. “However, if our colleagues had witnessed firsthand what was shown in the video, there is no question they would have removed him from the aircraft. He will never again be allowed on a Delta plane.”

Student had appeared in school newspaper in August.

Please show some compassion. We are ALL just a few blood sugars away from a psychotic breakdown. pic.twitter.com/zY1QNDQYp9 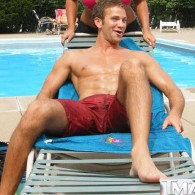 CORRUPTION. Former GOP Congressman Aaron Schock wants to move his trial from Springfield, Illinois to his hometown of Peoria: “In a filing Monday afternoon, Schock’s attorneys said that none of the “alleged misconduct occurred in Springfield, and no significant witness, if any witness, lives in Springfield. Yet the [U.S. attorney] chose to file this case not in Peoria — where the [U.S. attorney] maintains an office mere blocks from the federal courthouse — but in Springfield. The only basis for doing so appears to be the prosecutor’s convenience.”

DRUNK HISTORY. Get ready for the Lin-Manuel Miranda edition. 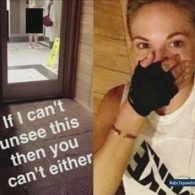 BODY SHAMING. Former Playboy Playmate pleads not guilty in case stemming from her posting a photo of a nude woman in her gym’s shower: “Dani Mathers, 29, was not in court as her lawyer entered a not guilty plea on her behalf to a misdemeanor count of invasion of privacy. Mathers, Playboy’s Miss May in 2014, was not required to be in court on Monday. ‘She very much regrets what happened,’ Mather’s attorney Tom Mesereau told reporters. ‘She apologized for her behavior and we’re looking forward to resolving this case in a very fair manner.'”

Previous Post: « Dolly Parton Gets In the Holiday Spirit, Mariah Invites Us Into Her World and More TV This Week
Next Post: ‘Floor and Decor’ Apologizes for Manager Who Called Gay Man a ‘Faggot’ in Front of His Kid »