The owners of a Denver gay bar which mounted a display of an injured Mexican person trying to climb over a wall have defended it as satire.

The display features a bloody-handed “Mexican person” wearing a sombrero attempting to climb over a wall decorated with a U.S. flag.

“The first thing I thought was like ‘What the hell is that?

“I was with one of my coworkers and he’s Muslim and we went there because we were invited by some of our friends and we both kinda gave each other the stink eye, like ‘This is really racist.'”

Valverde added that other bar patrons were taking selfies at the display. 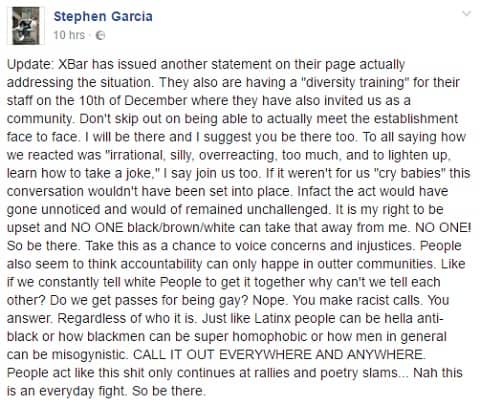 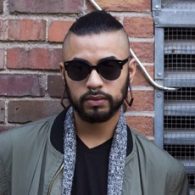 Her friend Stephen Garcia (right), who posted an image of the wall on Facebook, said “it’s incredible that people would be OK” with the display. He continued:

“My Latinx family has always shown up for LGBT rights in this God forsaken country and this is how you show us support? As a Gay man I am so ashamed to be a part of Denver. I am hurt and I am angry. As if we ALL aren’t considered second class citizens here. I need answers and i need them now.”

The bar’s owners Steven Alix and Jorge Pesqueira said the wall went up without their permission and it “is not the image we want to portray.”

In an interview, Alix said “someone put it up as satire and we want to make sure everyone is clear that we don’t support any of the negative things behind this.”

“Let me start by saying that this was NOT put up by the owners. I personally found comedic value in it because of our current state of affairs [following Election 2016]. Having said that, we still took it down in order not to offend anyone. We in no way support the building of any ‘wall’; in face we held a Hillary fundraiser at the bar, supporting the candidate that supported our diverse communities…I’m sorry you were offended while visiting us but rest assured, we are on your side.”

Pesqueira added that he was born and raised in Mexico and thinks some of the anger toward the bar’s ownership may be misdirected.

“This has turned into a fight that is really being pointed at the wrong people. We’re fighting for the same immigration rights. We had a Hillary support event at the bar. We should be fighting together, not putting blame on anybody or wasting all of our voices towards blaming the wrong people.”

He also reached out to Garcia on his original Facebook post. However, Garcia said he was less than satisfied with the bar’s response, which he thought the owners reduced to whether someone is offended and not the racially-charged sentiment behind it.

In another statement on Facebook posted yesterday, X Bar wrote:

The people involved in creating a visual statement, encouraged by a Latino customer, meant no offense and were actually trying to make light of a hard situation as satire (speaking on the ridiculousness of the Trump wall and not the plight of immigrants.) They feel terrible for causing anyone to feel saddened or discouraged and never meant it to cause these feelings. As more people are involved and we find how offensive this was, we want to make sure all of our patrons know where we stand. 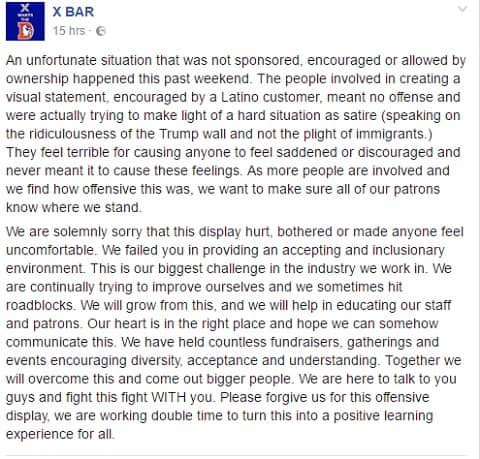 Previous Post: « Serial Killer Who Drugged, Raped, and Murdered Four Gay Men He Met on Grindr, Gets Life Sentence
Next Post: Give Thanks for These Gay Movies: Moonlight, Lazy Eye, Best Worst Thing, From Afar, and More… »