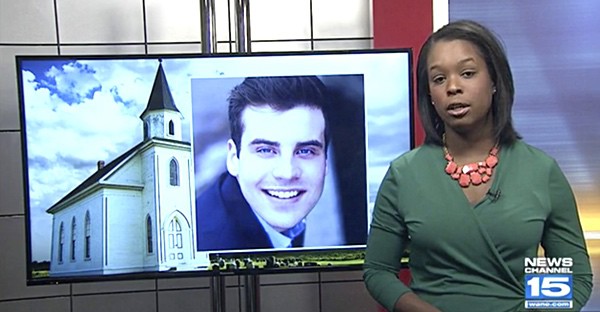 Connor Hakes, an Indiana man, wanted to honor his grandmother by singing at her funeral, but was told by the priest that because of his ‘gay lifestyle’ he wouldn’t be allowed to do so.

Father Bob J. Lengerich, who saw a photo of Hakes and his friends at a Gay Pride festival, and told him that he wouldn’t be able to sing at St. Mary’s of the Assumption Catholic Church in Decatur because he was openly advocating for gay rights. 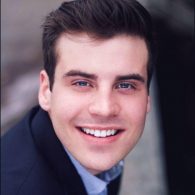 I can no longer sing at my Grandma’s funeral, because I attended a gay pride rally and a picture was posted publicly (years ago). The priest’s reasoning is by attending such event, I am opposing the Catholic Church’s fundamental marriage belief. Both my Grandma and Grandpa would be disgusted by their parish. Their compassion and empathy was abundant, no matter who you were. They saw beyond race, religion, sexuality, and social class. They loved everyone. That is what is means to be a Christian. That is what it means to be Catholic. Please SHARE!

Hakes posted the letter, which says that it would “cause scandal” because he has “embraced the homosexual lifestyle” and that any person who serves in the church or as its representative must uphold its values

The letter outlines the reasons why Hake was banned from his grandmother’s funeral mass. According to Father Lengerich, “the Catholic Church forbids those who openly defy tenants of our faith to serve in [any official church capacity]. This included people who have been divorced or remarried (with the benefit of a declaration of annulity), have openly supported abortion rights and are openly participating in unchaste same-sex relationships.” 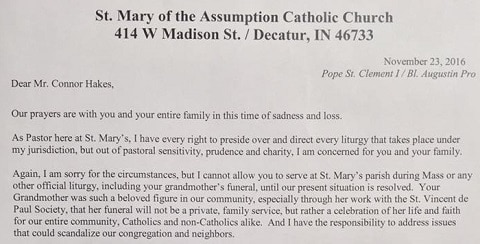 “The Catholic Church upholds the dignity of those with same-sex attraction. At the same time, it does not permit same-sex relationships or openly advocating for them because it causes a scandal…

“There are many ways for those with same-sex attraction to participate with full communion on the Catholic Church, such as chastity, prayer, and attending holy Mass. At St. Mary’s we have several LGBT parishioners who have openly declared their intentions to embrace a homosexual lifestyle – the attend Mass each Sunday (some throughout the week) and are warmly welcomed to worship with us.”

Lengerich goes on to tell Hake that he is “welcome to honour your Grandmother with a special tribute in song as long as it is outside of the Mass and outside of the Church, perhaps at the Funeral Home or Parish Hall during the viewing, at the cemetery after the committal and/or even at the luncheon.”

The pastor concludes with his “hope we can remain in each other’s prayers as Grandma Carolyn prayers for all of us.”

Here’s a photo of the priest. Hmm: 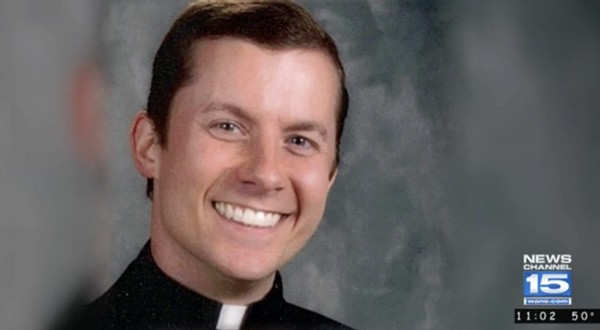 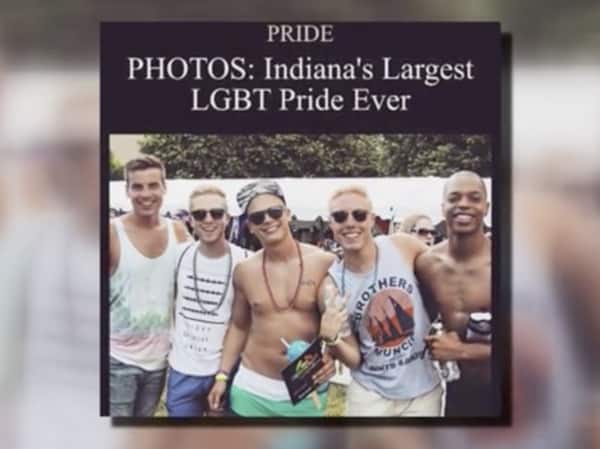 “This was coming from a man, a priest out of my home Parish that I have always felt very loved and welcomed in,” said Hakes. “All of he sudden I felt very ostracized.”

The letter explained that Catholic Church forbids people who defy the rules of the church, including people who are divorced and remarried without having the marriage annulled, those who support abortion rights, and openly participate in unchaste same-sex relationships.

“It was very clear to me that he was very set in his mindset,” said Hakes. “He did not want me to participate in my grandmothers funeral.”

Previous Post: « Donald Trump: People Who Burn the American Flag Should Lose Citizenship or Go to Prison
Next Post: ‘Anyway’ – Billy Gilman’s Big Notes Grab Him a Standing Ovation on The Voice: WATCH »