Janet Reno, the first female U.S. Attorney General, who served for eight years under President Bill Clinton, has died  at 78. 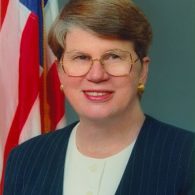 She died at her home in Miami-Dade County from complications of Parkinson’s disease, according to her sister, Margaret Hurchalla. The disease was diagnosed in November 1995.

Ms. Reno’s tenure as attorney general was bracketed by two explosive events: a deadly federal raid on the compound of a religious cult in Waco, Tex., in 1993, and the seizing in 2000 by federal agents of Elián González, a young Cuban refugee who was at the center of an international custody battle and a political tug of war.

Politico adds: “After Waco, Reno figured into some of the controversies and scandals that marked the Clinton administration, including Whitewater, Filegate, bungling at the FBI laboratory, Monica Lewinsky, alleged Chinese nuclear spying and questionable campaign financing in the 1996 Clinton-Gore re-election.”