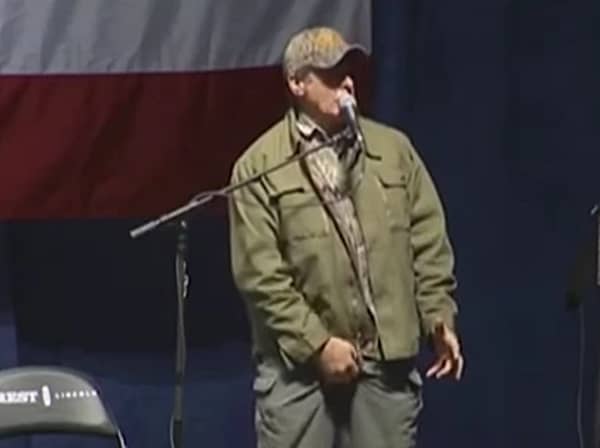 Nugent had just finished telling the crowd how Michigan should not be a blue state like California and Massachusetts.

And Trump responded to Comey’s new letter exonerating Hillary Clinton after he said the agency reviewed all the newly discovered emails found on a computer belonging to Anthony Weiner.

The FBI reported that nearly all the emails found were duplicates of ones they had looked at before and said that the agency had been working around the clock to verify them.