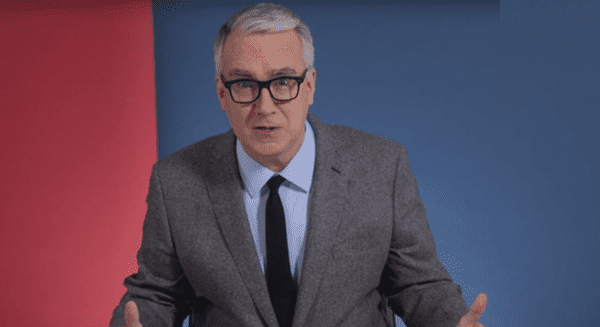 In the wake of Donald Trump’s election, President Obama urged Americans to give Trump a chance.

Keith Olbermann, who had heretofore been hosting a web series for GQ titled The Closer, decided to consider Obama’s entreaty. And reject it.

Olbermann’s series will now be called The Resistance and he has offered to take up the mantle of resistance leader until someone more influential, more apropos steps to the fore.

Now that the election has ended, The Resistance will be a “practical guide to what we all can do now for America now that Donald Trump is president.”

Giving Trump a chance is not something we can or should do, Olbermann says:

“Give him a chance? What, in the hope that he will some day grow up enough to be able to see over the top of the Oval Office desk? We do not have time for the White House edition of Celebrity Apprentice starring president-elect pussy grabber. Give him a chance? Because we’re all supposed to pretend that this is a normal man and that was a normal election?

Olbermann adds that giving Trump a chance is equivalent to giving fascism a chance. “Who knows!” he says, “it might be as bad as we think. It might not be a bottomless pit.”

Echoing the sentiment of millions of Americans who took to the streets and social media over the past week, Olbermann said, “This is not my president and judging by the margin by which Hillary Clinton won the popular rate…this is not America’s president either.”

Olbermann said he will do whatever is in his power within legal means to bring down President Trump. “I will even acquiesce to a President Pence just get this man out of here,” he added.