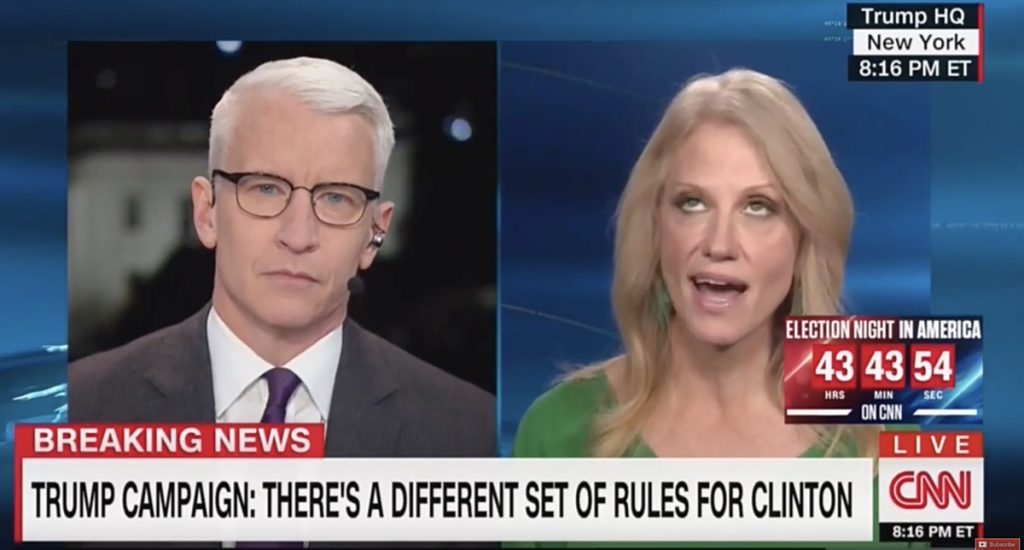 Anderson Cooper ripped Kellyanne Conway for the Trump campaign’s approach toward FBI Director James Comey and the Clinton email case following Comey’s letter that Clinton had been cleared yet again.

Anderson: Is it irresponsible if a man who might be president of the United States to speculate about something about which he has no facts?

Conway: Everybody speculated for nine days.

Conway: I’ll take note of that.

“We know nothing about the finances of your candidate.”

Anderson then asked about a claim made by the Chair of the Nevada GOP and pushed by Conway that Democratic voters in Nevada were getting “special favors and rules”, getting Conway to admit that she has no evidence at all to back the claim.

“Don’t facts matter? If the chairman of the Nevada Republican Party is making this inaccurate claim, that polling places are kept open so a certain group could vote, it was people in line in time to vote. Why imply that it is this certain group?”