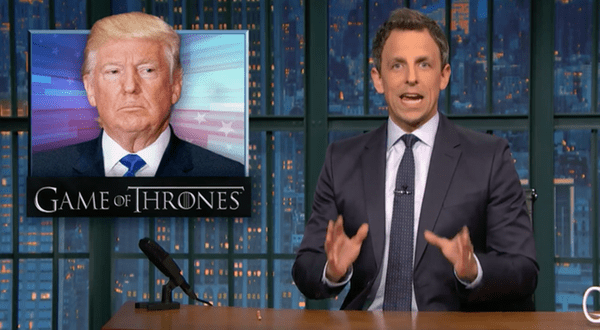 Seth Meyers took a closer look on Thursday at Donald Trump’s tumultuous transition which has been characterized by one source close to the team as akin to Game of Thrones.

How exactly is Trump’s transition similar to the medieval-esque blood-and-guts-and-gore costume epic? Well, like the Game of Thrones series, Trump’s presidency is now “way past the part that the original author had in mind,” Meyers quipped while an image of Thomas Jefferson and the Declaration of Independence flashed on screen. 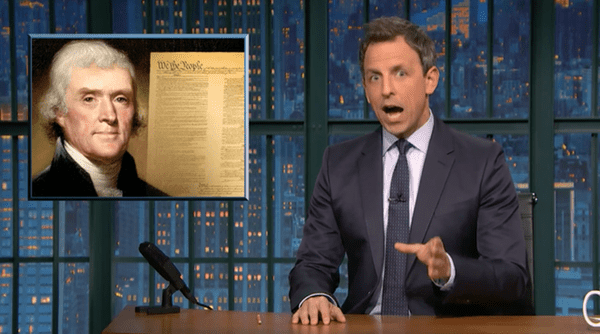