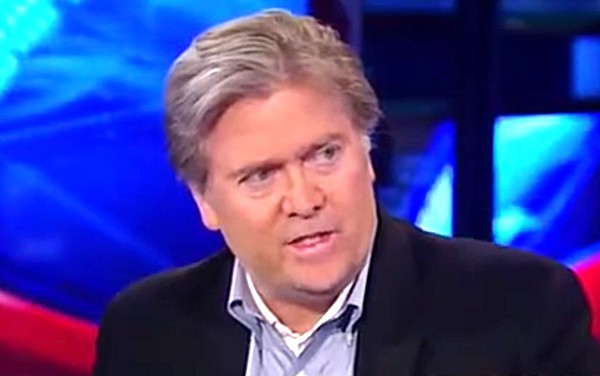 Steve Bannon is totally OK with you thinking he embraces the dark side. Because he does.

In an interview with The Hollywood Reporter, the infamous white supremacist, former head of Breitbart ‘News’ and soon-to-be Chief Strategist for president-elect Trump said, “Darkness is good.”

“Dick Cheney. Darth Vader. Satan. That’s power. It only helps us when they—“ I believe by “they” he means liberals and the media, already promoting calls for his ouster “—get it wrong. When they’re blind to who we are and what we’re doing.”

It’s the Bannon theme, the myopia of the media, that it tells only the story that confirms its own view, that in the end it was incapable of seeing an alternative outcome and of making a true risk assessment of the political variables — reaffirming the Hillary Clinton camp’s own political myopia. This defines the parallel realities in which liberals, in their view of themselves, represent a morally superior character and Bannon — immortalized on Twitter as a white nationalist, racist, anti-Semite thug — the ultimate depravity of Trumpism.

Bannon also railed against the “donor class” which he also characterized as “ascendant America,” or people that live inside “the metrosexual bubble” of urban areas.

As for the charges that he is a bigot, he says, “I’m not a white nationalist, I’m a nationalist. I’m an economic nationalist.”

He describes himself as “Thomas Cromwell in the court of the Tudors.”