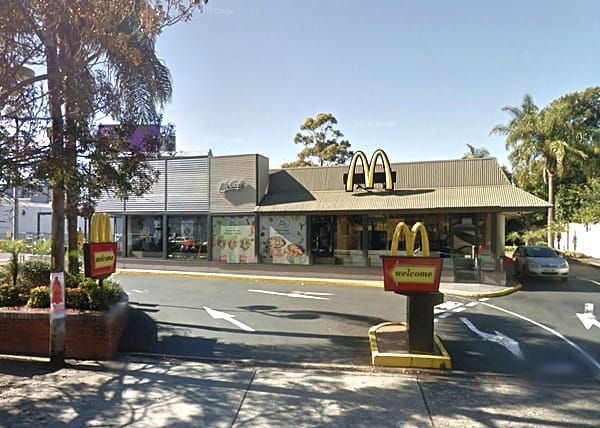 A gay couple was allegedly attacked in a Sydney, Australia McDonald’s restaurant by a supporter of Donald Trump, the Star Observer reports:

Sam and Andrew* were in line at a McDonalds close to Newtown early on Monday morning when a young and intoxicated man started aggressively rambling about newly-elected U.S. President Donald Trump.

“He was saying things like how white men rule now that Trump has won, I was horrified,” Sam said.
“Andrew was lovely and very protective of me, he tried to encourage me to stay away from him. But I turned around to the guy and said ‘I’m gay – do you have a problem with that?’ and with that he went off.”

After being informed that the pair were gay, the young man amended his original line and started saying ‘Trump’s won, straight white men rule’.

The man’s friends then had to restrain him as he tried to aggressively get over the top of them while pointing and shouting at the pair.

RELATED: Gay Man Attacked by Store Manager, Customer in Front of 4-Year-Old Son: ‘The Faggot Who Voted for Hillary’

When the couple left the restaurant, the man was waiting outside, they said:

“I couldn’t believe it, he’d been waiting outside to pounce on me,” Sam said. “He hit me on the head, and because I’m a pretty big guy, I went down hard – immediately there was blood everywhere. He kept mouthing off, but when he hit my head things went a bit blurry from that point.”

Andrew said he had been looking at his phone to book a ride home when he saw Sam go flying against the wall.

“I looked up and he was bleeding all over his face,” he said. “I quickly assessed him and could see that he was moving and blinking, so I knew he was okay in that moment. Then as I turned around he king hit me in the face. I didn’t fall over, but as I realised what had happened he struck me again with a piece of glass I think, as it cut my skin and I was bleeding.”

In an attempt to protect himself and Sam from the man, Andrew then fought back, i who he says looked like he wanted to ‘kill’ the pair.

“I was trying to protect Sam because I knew he wasn’t capable of looking after himself, he was on the ground,” he said. “When I fought back I didn’t feel so defeated in a way, I remember thinking to myself there are so many LGBTI people that have been killed by people like this, and I almost wanted to hit him back for those people.”

The couple’s names were changed by the SSO to protect their privacy.

Police were able to arrest the attacker, who will appear in court in several weeks. They also say they have CCTV footage of the attack.