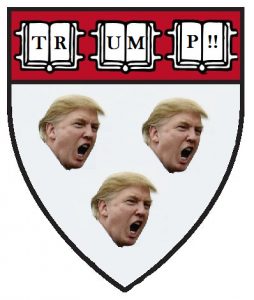 TRUMP U. Donald Trump won’t have to admit any wrongdoing in settlement of Trump University fraud case: “Donald Trump has agreed to settle three lawsuits from New York and California that accuse the Manhattan billionaire’s for-profit Trump University of fraud. New York State Attorney General Eric Schneiderman announced the $25 million settlement Friday afternoon, noting the President-elect will pay ‘up to $1 million in penalties to the State of New York for violating state education laws.'”

WHAT’S YOUR NAME, MAN? Usher covers “Wait For It” on The Hamilton Mixtape. 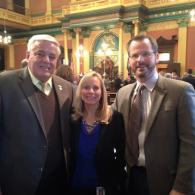 MICHIGAN. Anti-gay Republican lawmaker who invented a gay sex scandal to distract attention from his extramarital (and heterosexual) affair has misconduct charge against him dropped: “Republican Todd Courser still faces a perjury charge in the case in Ingham County Circuit Court. The Detroit News reports Judge William Collette dismissed the misconduct in office charge Thursday. MLive.com reports Courser’s attorney Matthew DePerno argued there was no criminal element to the charge related to an alleged violation of a House rule. The Michigan attorney general’s office plans to move forward with perjury charge and misconduct charges in Lapeer County.”

LATE NIGHT. Jimmy Fallon and Nicole Kidman are still awkward about their relationship that never was.

WHITE SUPREMACIST. James Woods leaves Twitter because Twitter “censored” the alt-right:  “Woods’ run on Twitter has been marked by controversy, and has even resulted in legal action. In 2015, the actor sued an anonymous user who called him a “cocaine addict” for $10 million. After being informed in October that the defendant had died, Woods drew criticism for mocking the death, tweeting that he hoped the defendant died ‘screaming my name in agony.'”