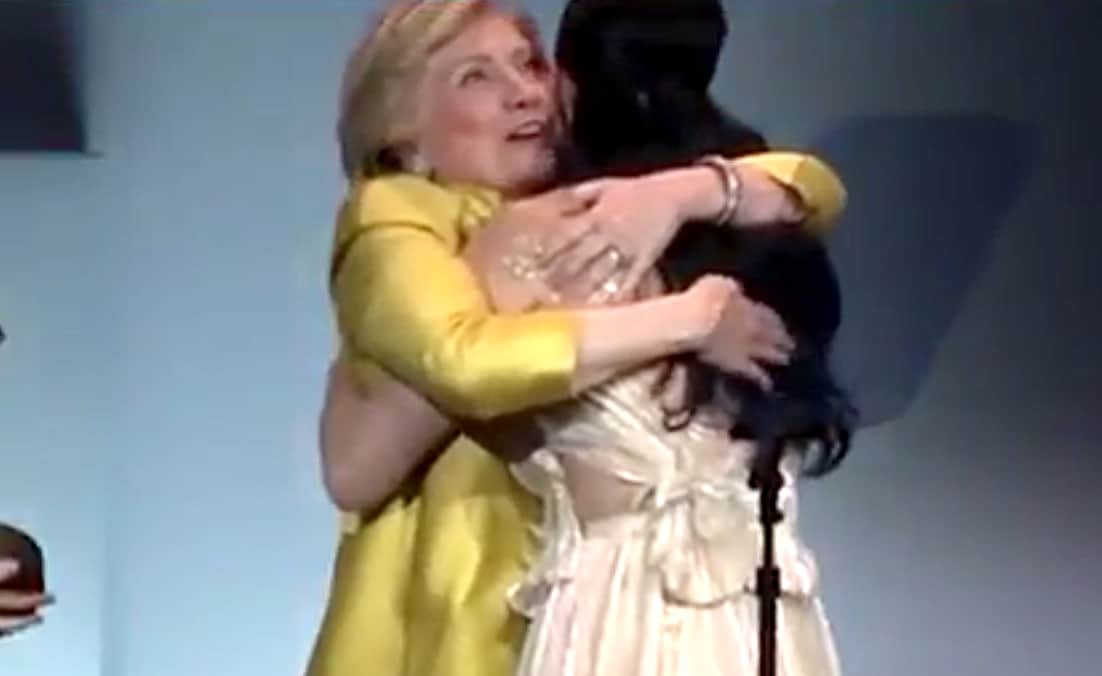 Hillary Clinton made a surprise appearance at the UNICEF Ball last night at Cipriani Wall Street in New York to introduce Katy Perry, who was honored with their Audrey Hepburn Humanitarian Award.

“We need champions like Katy, now more than ever,” Clinton said. Her appearance was among her first since losing the presidential election to Donald Trump, and was greeted with a standing ovation.

Audience members tweeted that Perry was surprised by Clinton’s arrival on stage, and was moved to tears.

“Truly my work has just begun, and this award is a starting line, not a finish line,” Perry said in a part of her acceptance speech that was later tweeted by UNICEF.