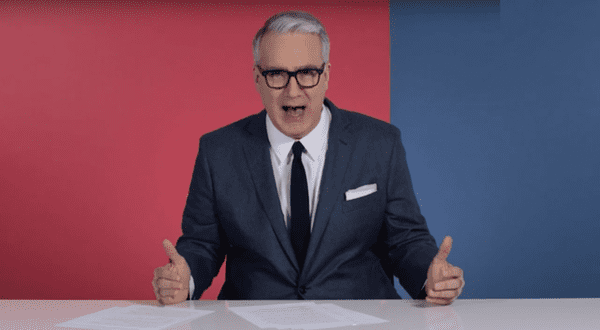 In his latest episode of his web series The Resistance, Keith Olbermann suggested Donald Trump must not be allowed to become president because he could cause the United States to become involved in a nuclear holocaust.

Discussing Trump’s disastrous foreign policy blunders since becoming the president-elect, Olbermann said that Donald has already “proved he has no clue what the f*** he is doing.”

Olbermann focused in particular on Trump’s upending 4 decades of presidential precedent by speaking directly with the president of Taiwan (a move that endangered our relationship with China). As to why Trump put the lives of 23.5 million people in Tawain at risk, to say nothing of countless others that could be impacted by the domino effect of Trump’s actions, Olbermann said, “he did it because he thinks he knows better than everybody else about the world when he doesn’t know sh*t!”

If Trump is going to continue to behave in such a reckless way with regard to foreign policy, Olbermann said he must be stopped:

“After January 20 if [Trump] decides to have a week of prioritizing receiving congratulations for his inaugural and tweeting out his petulance about Chinese taxes, if he can’t manage to keep his f***ing ego out of these opaque but essential balancing acts, the ones that stitch together the world as it is, he could get us all killed before his next appointment with whoever or whatever colors his goddamned hair.”