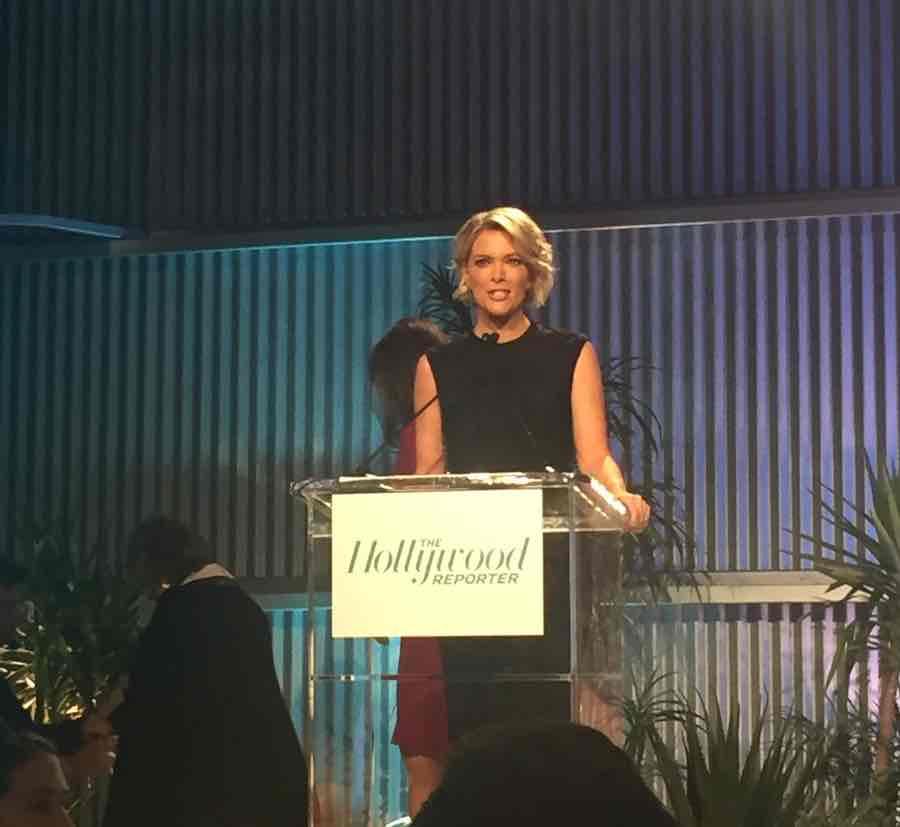 Kelly was opening the event honoring and celebrating women within the entertainment industry.

Referring to the president-elect, Kelly said, “I have high hopes for him. Despite the tweets and all the rest of it, there is much to admire about Donald Trump.”

Griffin, one of the many industry heavy-hitters in attendance, loudly booed Kelly, eliciting laughter from the crowd.

Kelly retorted, “There is. Stop that, stop that.” She added, “There’s room for the loyal opposition in this country, absolutely.”

“Guess who that is? Kathy Griffin,” Kelly said, to more laughter from the audience.

Right after @megynkelly gets booed by @kathygriffin, she continues saying what there is to admire about @realDonaldTrump #THRwomen pic.twitter.com/LI1CUwZ2PS

During @megynkelly opening remarks, she gets loudest applause for her comments on @MichelleObama #THRwomen pic.twitter.com/w3cX2OeEuj