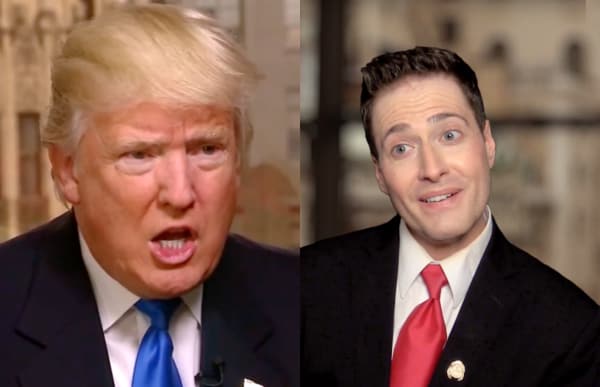 Like everyone else in (the sane parts of) America, Randy Rainbow thought Trump’s presidential bid was just a big joke. A typo, perhaps. But sadly, we’re stuck with him for the next 4 years (AND THAT IS IT, OKAY? None of this 8 years bullsh*t) so Randy decided to conduct another interview with the…president-elect.

And since no famous singer would be caught dead performing at Trump’s inauguration, Randy decided to offer the Donald his musical stylings to celebrate  the occasion.

So long as he gets to use a fake name and wear a mask, that is.