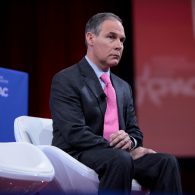 ANTI-TRANS. In addition to being a staunch critic of the EPA, Trump’s pick for head of the EPA (Oklahoma AG Scott Pruitt) is also transphobic. In a letter to AG Loretta Lynch, responding to guidance on transgender students: “Your determination thus elevates the status of transgender students over those who would define their sex based on biology and who would seek to have their definition honored in the most private of places. Indeed, those latter students and their families cannot even seek reassurance that a transgender student’s self-definition is not premised on whim or caprice…”

THE PERFECT GIFT. For everyone on your list: The Warwick Rowers calendar. Well, mostly everyone. 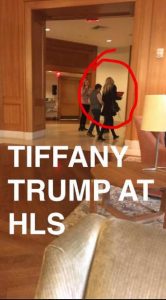 WHAT, LIKE IT’S HARD? Is Tiffany Trump trying to get into Harvard Law?

TIS THE SEASON. A very merry Princemas to us all.

OBAMACARE. Did Republican Speaker of the House Paul Ryan accidentally reveal his real plan on ‘repealing and replacing’ the Affordable Care Act?

PAY TO PLAY. Trump nominates former WWE CEO and Trump Foundation donor Linda McMahon to be head of Small Business Administration: “McMahon, who ran for the U.S. Senate in Connecticut but failed, twice, is the top outside donor (along with her husband) to the Trump Foundation, giving the controversial family charity $5 million between 2007 and 2009 – more than Trump himself gave.” 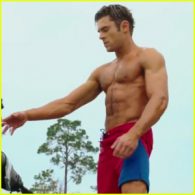 IN FACT YOU MIGHT SAY HE WAS VERY RIGHT WING. Alex Jones isn’t saying Glenn Beck is gay. He’s not.

OHIO. Legislature approves bill banning abortion after a month and a half: “The bill was tacked on at the last minute to another bill addressing child abuse. It was approved in the Republican-dominated state House and Senate, and will now move on to Republican and anti-abortion Gov. John Kasich’s desk. He will sign or veto it within the next 10 days.”

Previous Post: « Homophobic Preacher in Ghana Says He Can Increase the Size of Your ‘Manhood’ with Christian Massage – WATCH
Next Post: Madonna Strikes a Pose with James Corden for Carpool Karaoke: WATCH »