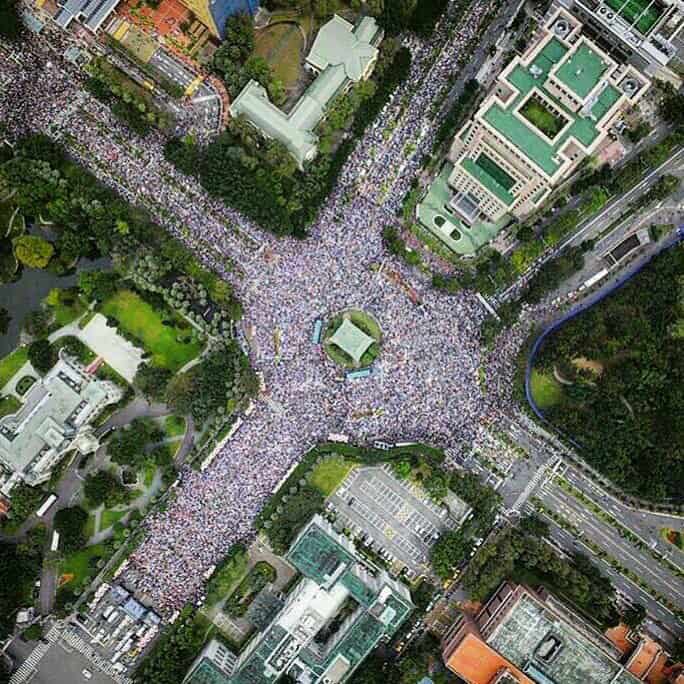 Approximately 250,000 people staged a rally in support of same-sex marriage outside Taiwan’s Presidential Office on Saturday, the Asia Times reports:

Singers, public figures, concern groups and legislators from various political parties turned out to voice their support. The rallying call was for the government to amend Taiwan’s Civil Code.

The event, which took the form of a concert, was staged to coincide with international Human Rights Day. It came a week after some 70,000 people took to the streets of downtown Taipei to oppose same-sex marriage.

Taiwan has been tipped to become the first place in Asia to legalize same-sex marriage, but public opinions remain divided. Debate has centered around whether the government should extend marriage rights to all by amending the Civil Code to insert gender neutral terms in place of ones implying heterosexual marriage, or pass a special law that merely grants legal status to same-sex couples.

Video of the rally: