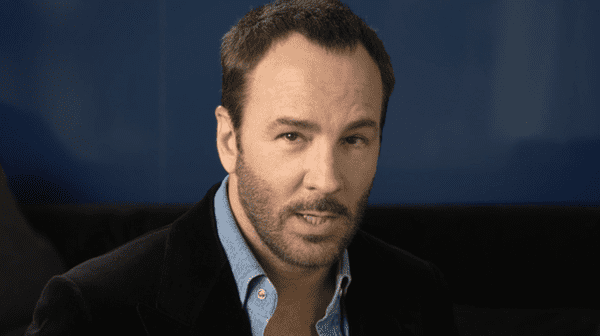 In a new interview with GQ, designer/director Tom Ford stands by previous remarks he made to the men’s fashion magazine of record that all men should experience sexual penetration at some point in their life.

Ford says he wishes he wouldn’t have made the sexually suggestive remarks to his previous interviewer but still believes in the essence of his statement.

[Ford] sighs. This has been quite a talk. I tell him it had a lot to live up to, considering his last GQ interview—the one during which he propositioned the (heterosexual male) writer. I had no such expectations, but, well, does he stand by what he said? That every man should be penetrated? He sighs again. He doesn’t want to get into all of that. “I was just taking the piss out of him,” he says, adding that he read the article through his fingers when it came out, the whole time wondering, “Oh God, what was I thinking?” He was drunk, he says. He didn’t mean it, he says. Okay, he did mean it, he says, but he shouldn’t have said it.

But Tom Ford is still in there, so he can’t stop himself. So he says this next thing, and it doesn’t come off as lascivious, the way it might have years ago, but thoughtful and aware: Yes, he says, all men should be penetrated at some point. And not as in emotions. He means: All men should be f*cked. “I think it would help them understand women,” he argues. “It’s such a vulnerable position to be in, and it’s such a passive position to be in. And there’s such an invasion, in a way, that even if it’s consensual, it’s just very personal. And I think there’s a psyche that happens because of it that makes you understand and appreciate what women go through their whole life, because it’s not just sexual, it’s a complete setup of the way the world works, that one sex has the ability to literally—and is expected to and is wanted to—but also there’s an invasion. And I think that that’s something most men do not understand at all.”

Watch a video from GQ in which Ford explains how to ‘direct your life’, below.

Previous Post: « SNL Created the Perfect Toy for Sensitive Boys Everywhere: ‘Wells for Boys’ – WATCH
Next Post: This 3-Decade Time Lapse of the Earth Will Take Your Breath Away: WATCH »